I was keen for a ride after not doing much riding over winter so I thought the Oaks would be a good way to blow the cobb webs out.

Angus had not done it before and I thought he would like the train trip and the adventure but I knew from taking previous newbies that there would be some complaining.

We got to Glenbrook and geared up and bought a ticketed and waited for a train with a heap of other riders
Angus was wondering if the train was only for bike riders since there were no other travellers on the platform.

My phone was buried in the back pack so it didn’t get smashed or smash me, so I did’nt get many photos except when we stopped for a snack.
I’ll have to find somewhere to keep it in easy reach for these trips
Stoopid iPhone to big and too easily damaged ….might have take the old digital camera or an old phone just for photos.

So we headed off from Woodford and down to the park entry being passed by most of the riders who were on the train.

Angus did a good job of the first section even though the hills eventually wore him down.
The uphills were just that bit too steep and long for him to make it up and the downhills were a bit rough for his one inch travel forks as he had a couple of “get offs” without injury.

His bike is a Giant 20″ mountain bike with front forks and 6 speed on the rear.
It is really only a 5 speed with a large first gear for hill climbing, he could do with a granny gear. 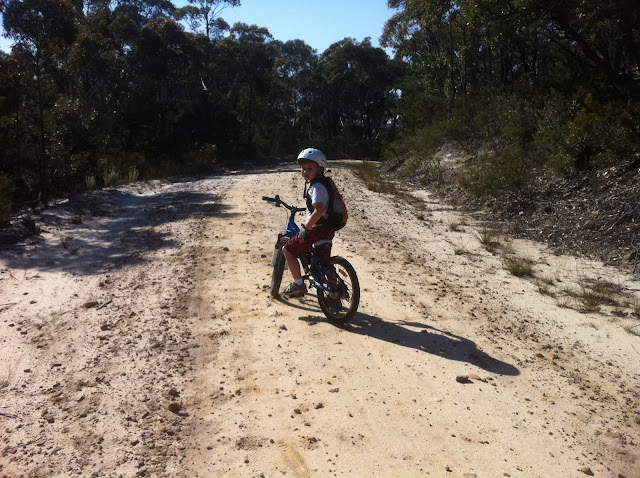 He was feeleing better when we go to the clearing( first helipad) and had another snack and met up with a guy taking it easy on his own who rode with us to the gate.

Luckily noticed I had a flat and decided to change the tube there before the downhill bit.
Angus bolted ahead of us at high speed but we reeled him in an found that he only slowed down due to the vibrations that were making it hard for him to hang on to the bars.

We made it to the Gate and Angus was keen for the “techy” bit and also releived that there were no more uphills. ( I didn’t tell him about the road out from the causeway) 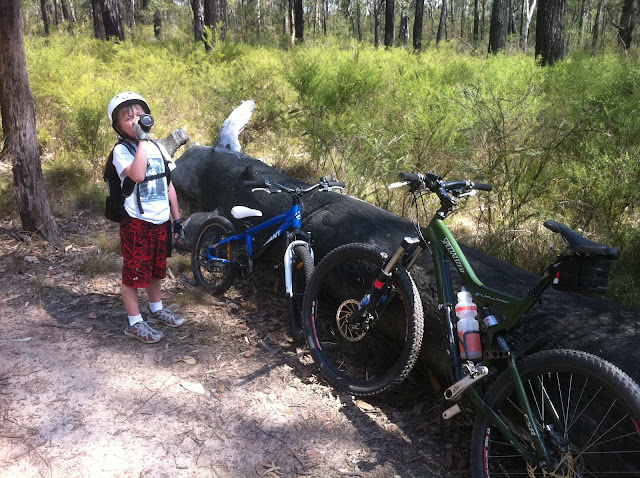 We had made it through the first bit of single track before the main helipad, we knew we were there due to the helicopter buzzing around. 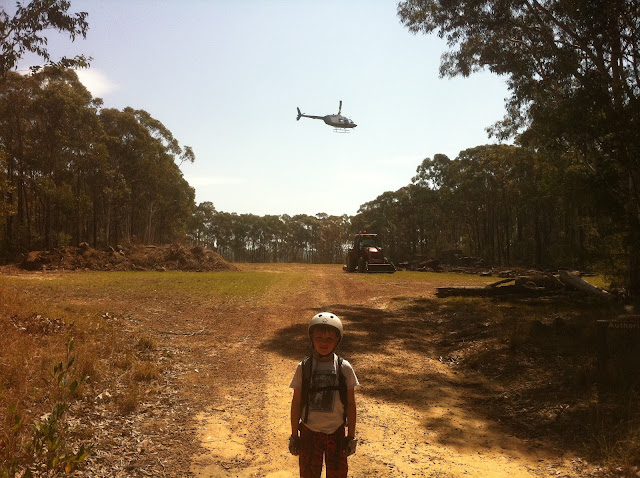 They had landed and re fuelled, i thnk due to the smoke eaarlier at the foot of the mountains that they may have been overseeing back burning. 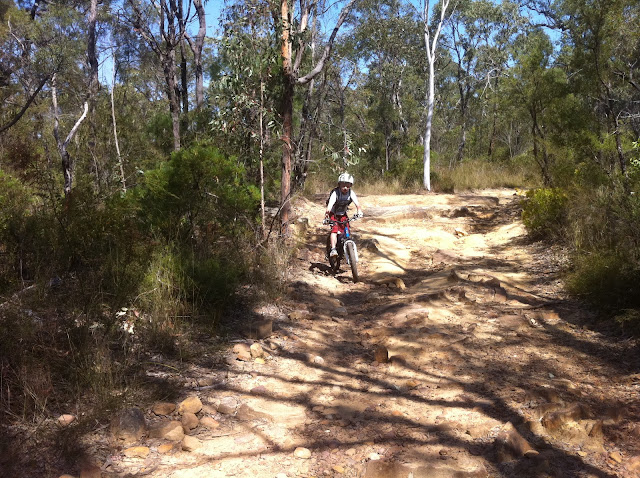 Anyway we made our way along the last bit of single track where the ride became a bit more challenging. 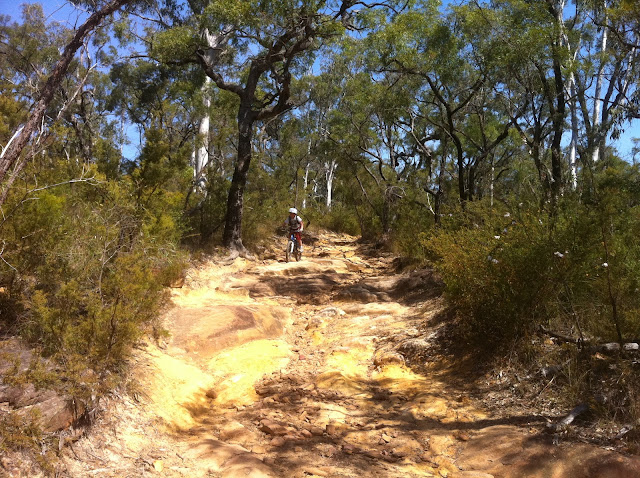 After a stop at the Blue Pool we faced the last uphill and made it back to the car, next stop Glenbrook Bakehouse for a pie.