New Stand up Paddle Board

The one I already have is great for surfing and recently I have become more confident on it and I am finally able to paddle into proper waves, surf it like a short board and pull off and paddle back out without falling off.
Its a Naish Quad Fish and surfs better than some of my longboards

Its dimensions are 9’6″ x 29 1/4″ x 4 3/8″
Due to it’s high performance nature it is not as good in choppy conditions or for paddling on flat water. I knew that when I bought it but was convinced by the guys at Wind Surf and Snow that since I was an experience longboarder that it would be only a matter of getting my balance.
I’ m glad I took their advice and got one that actually surfs.
However, I wanted a larger one one to use on the lake or for at the beach after nippers when the nor-easter gets up or for reeeeeaaalllly small waves.
Having recently acquired a new longboard ( see blog March 15th) earlier this year from Bennett’s (along with a few unplanned purchases that I will document in my next blog ), I noticed they had their own line of SUPs at a really attractive price, so after deliberating for almost a year, on Friday I decided to get one. 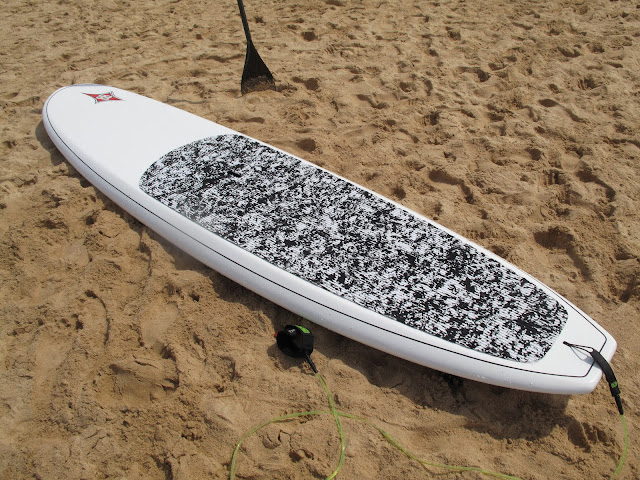 It is 11′ x 30″ x 4 5/8″, has a single box fin with FCS style side fins, not too much rocker but not a flat as a down winder (race board) which would be better for ocean or lake paddling but not usable in the surf. 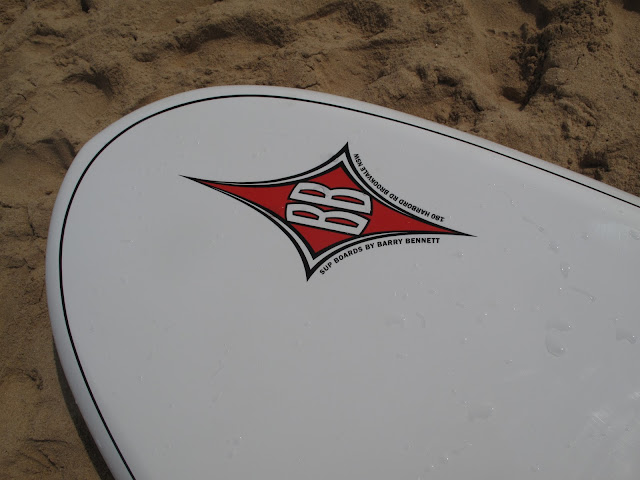 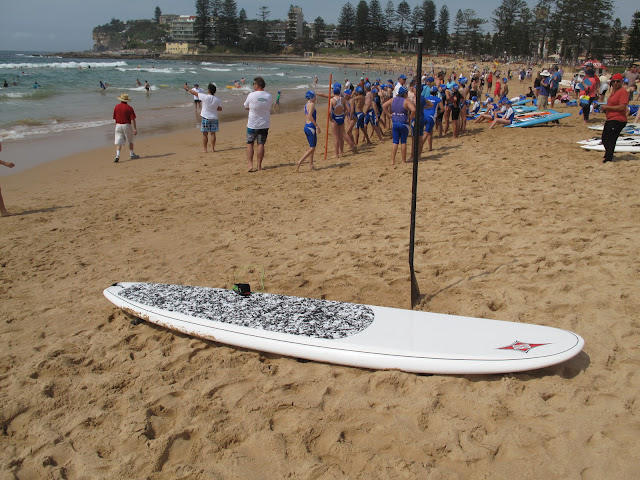 So I decided to take it out for a surf while Jenny was there with the camera taking shots of the kids at Nippers, there was a club championship and Emma was waiting to start her Iron Man event. 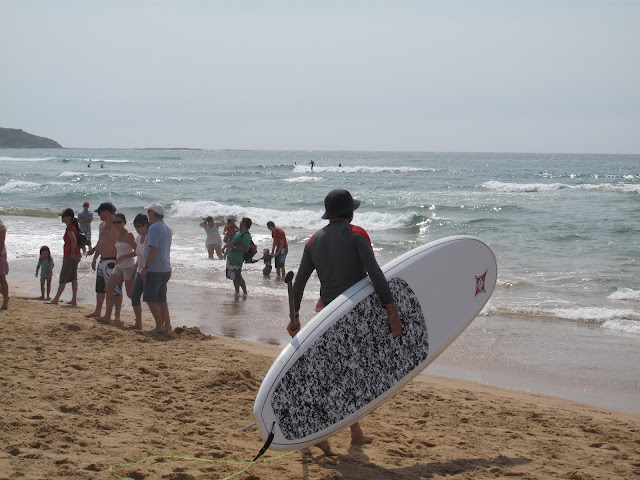 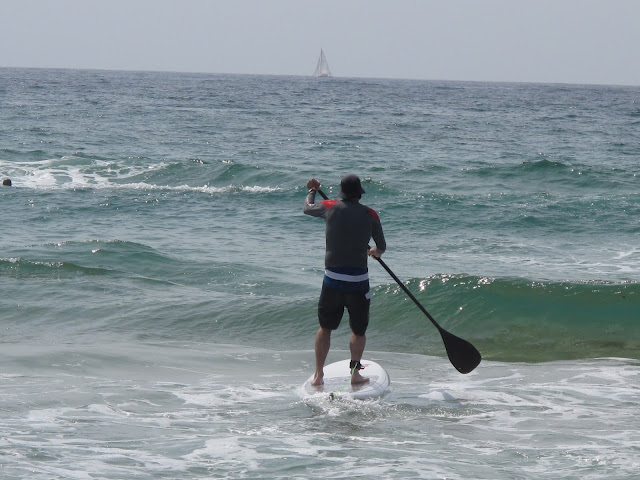 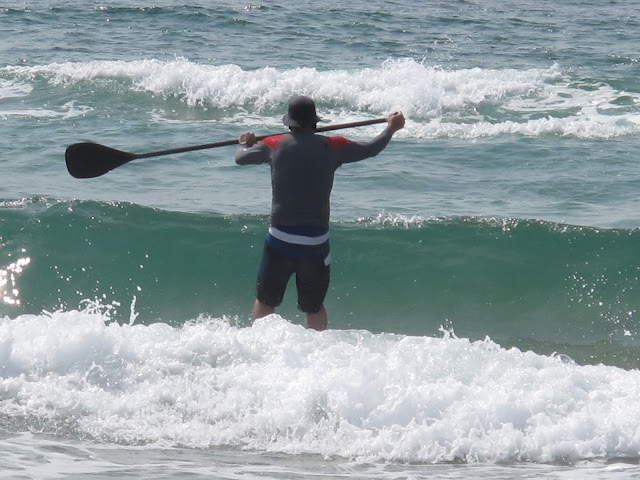 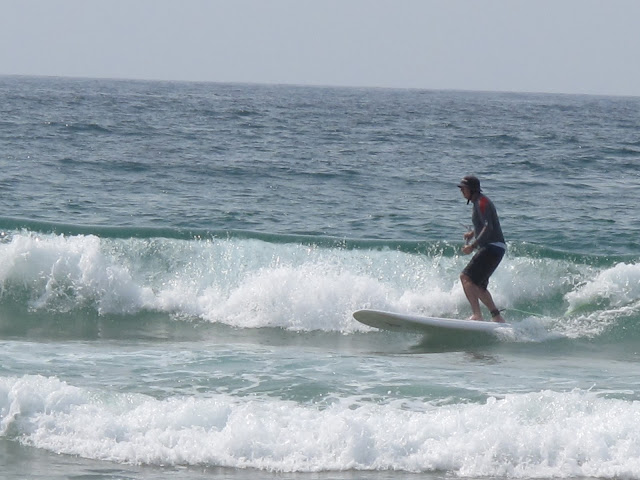 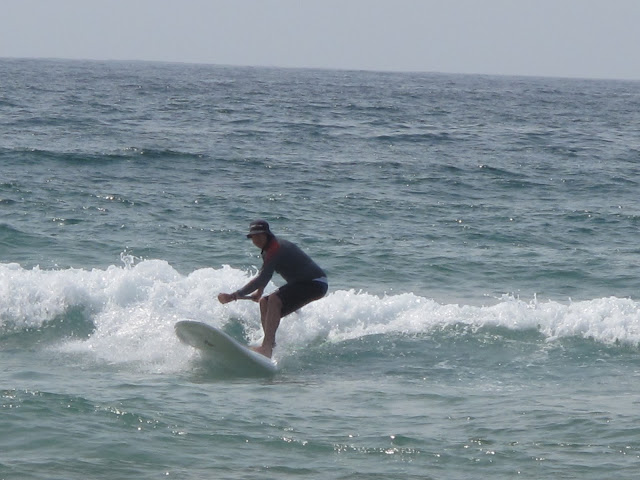 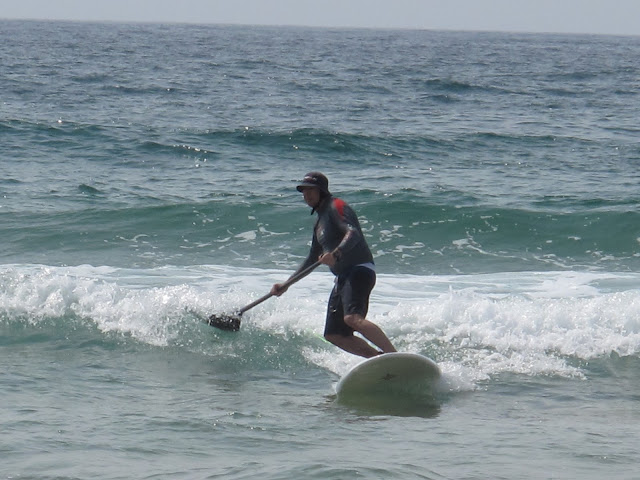 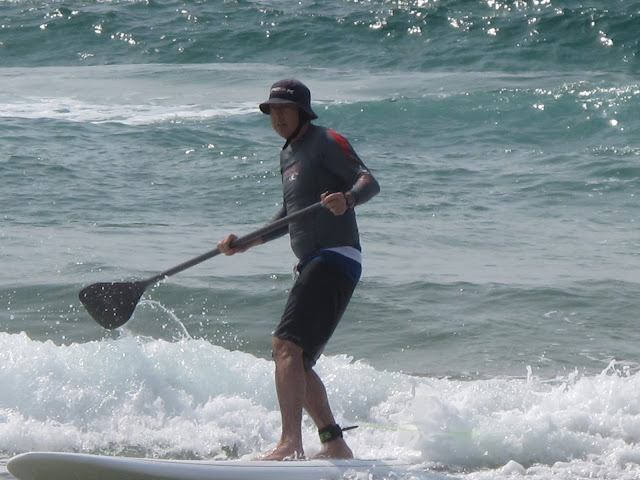