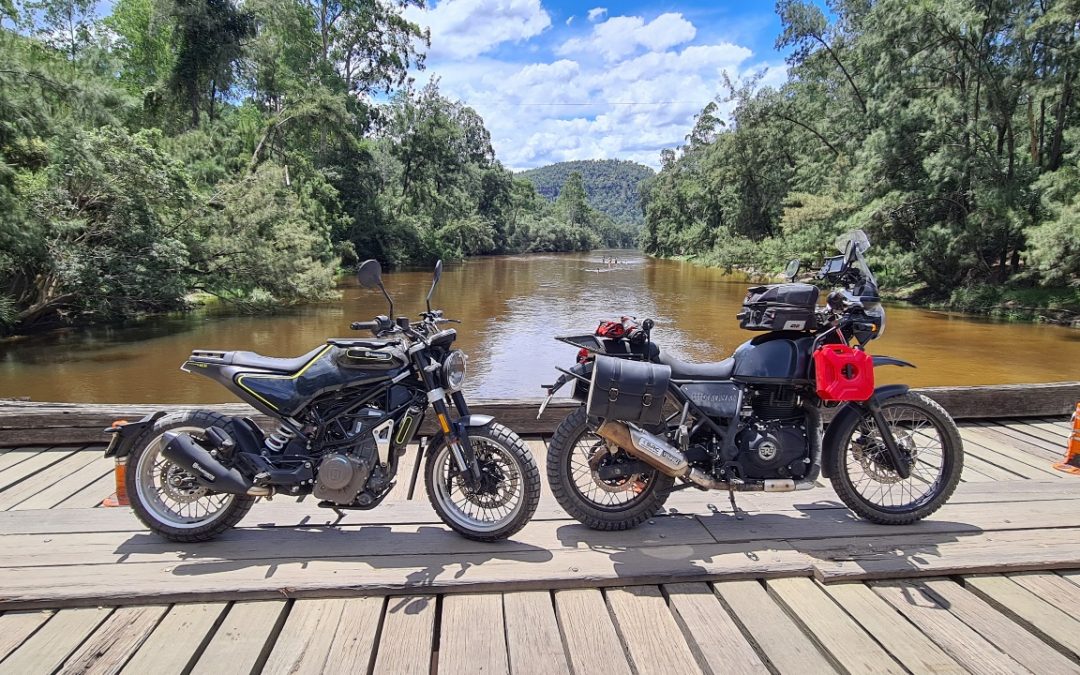 The guys from the pub arranged a ride to Wisemans, being on Harleys and being from the pub I guessed that they wouldn’t go much further than the pub at Wisemans Ferry so I thought I’d leave the Harley at home and take the Himalayan out for a play in the dirt. I messaged Paul and he was keen and we left here about 9am arriving at Wisemans at about 10am. The pub guys were at the pub as I suspected so we quickly said gday and goodbye and took off for the ferry. 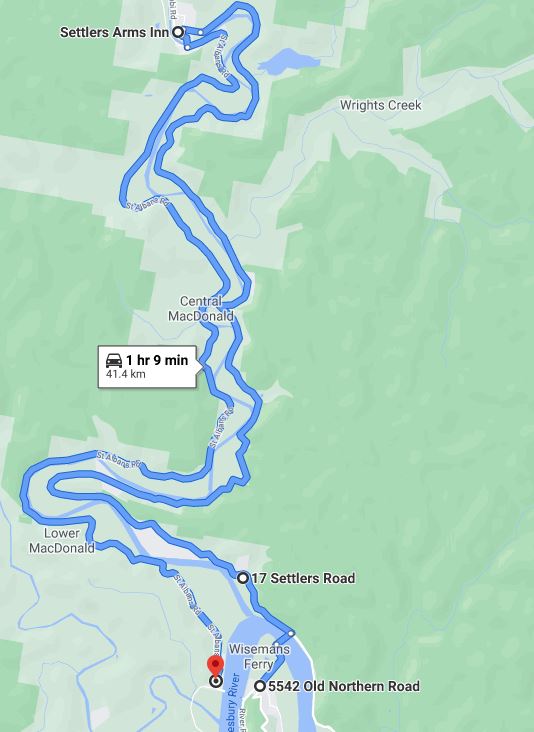 We crossed the Wisemans Ferry and turned left for a change and went along dirt on the Settlers Rd to St Albans. We stopped at the old cemetery on the way and Paul realised his yellow tinted head light cover had fallen off his Husqvarna Svartpillen 401 on one of the larger pot holes he bottomed out on. Whilst he doubled back to find it I had a look around the cemetery. 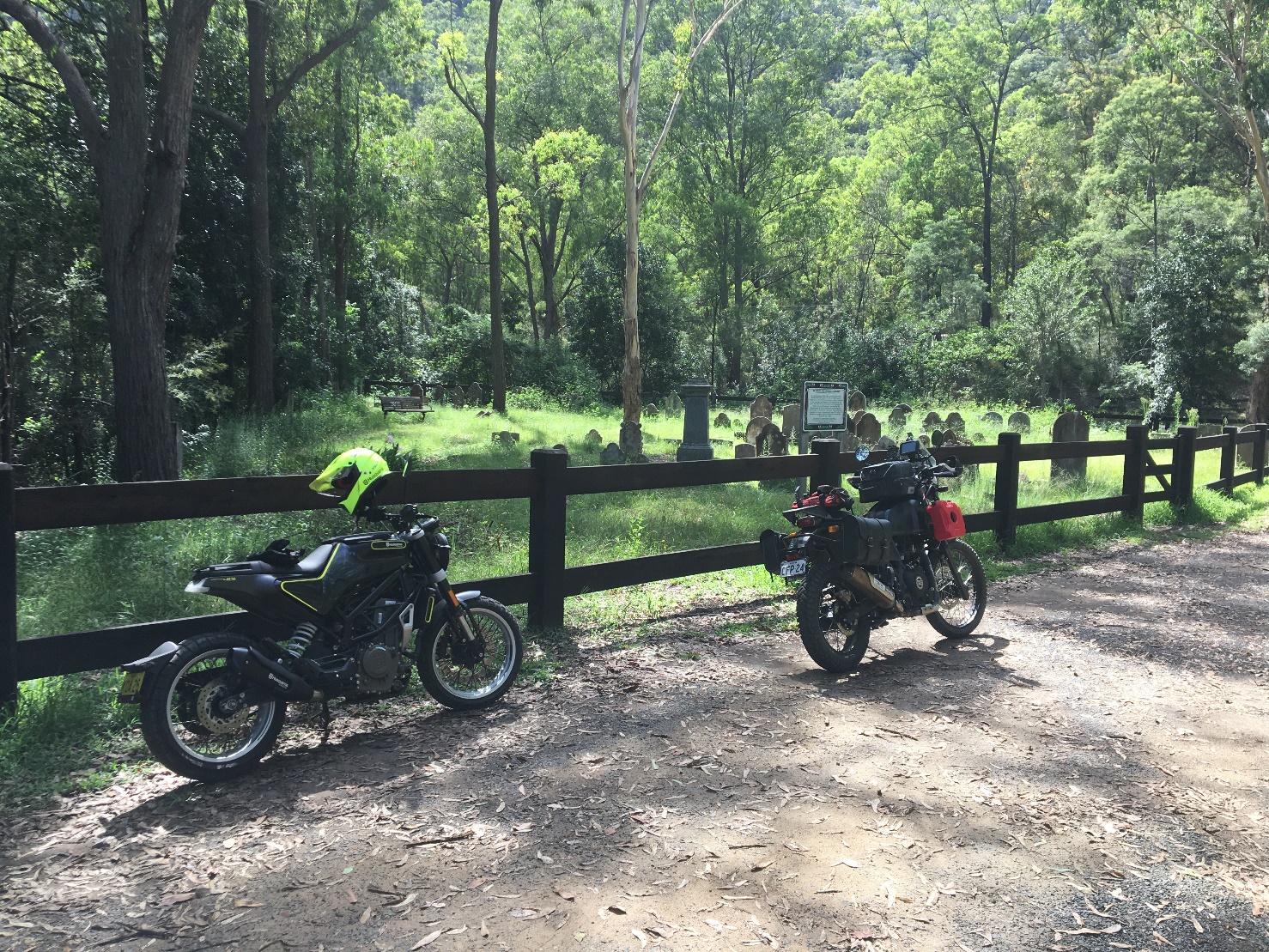 We then continued on to the Settlers Arms at St Albans for a coffee and Paul let me ride the Husky the 20km back to Webbs Creek Ferry. Wow that thing really goes well for a 373CC single with 42 HP and only about $7000 ride away.

Makes you think “What the hell are Royal Enfield doing ?” The Himalayan is so slow in comparison 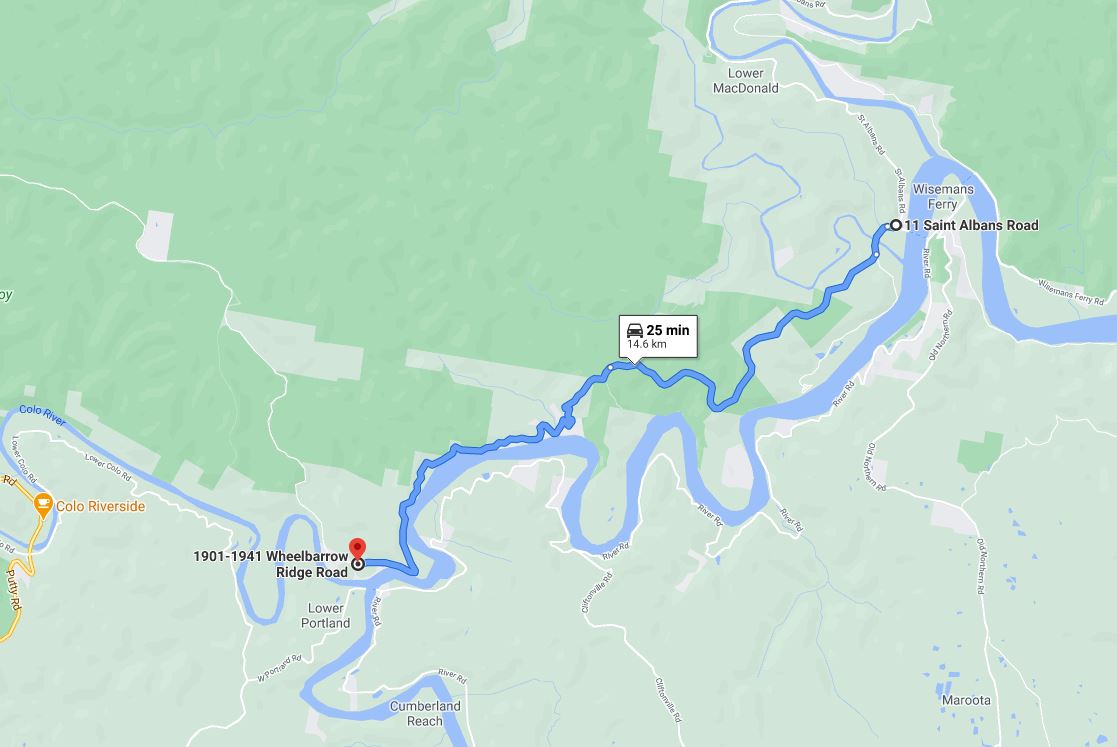 So from Webbs Creek Ferry we went up over the ridge on Chaseling and Bicentenary Roads and then back down to the river following Greens Rd. Along the way Greens Rd cuts through the middle of the South Sydney Juniors on Hawkesbury holiday retreat. While I was looking around at the resort  I ran over a dog turd which sprayed up onto the bash guard and then smeared itself under the mudguard

Luckily I had my SRC Jerry Cans and had 3 litres of water. A quick wash down and top up of the fuel from the other tank, put the tanks  back on and  we were away

At the end of Greens Rd we turn right up Wheelbarrow Ridge Rd which brought us out on the Putty Rd, 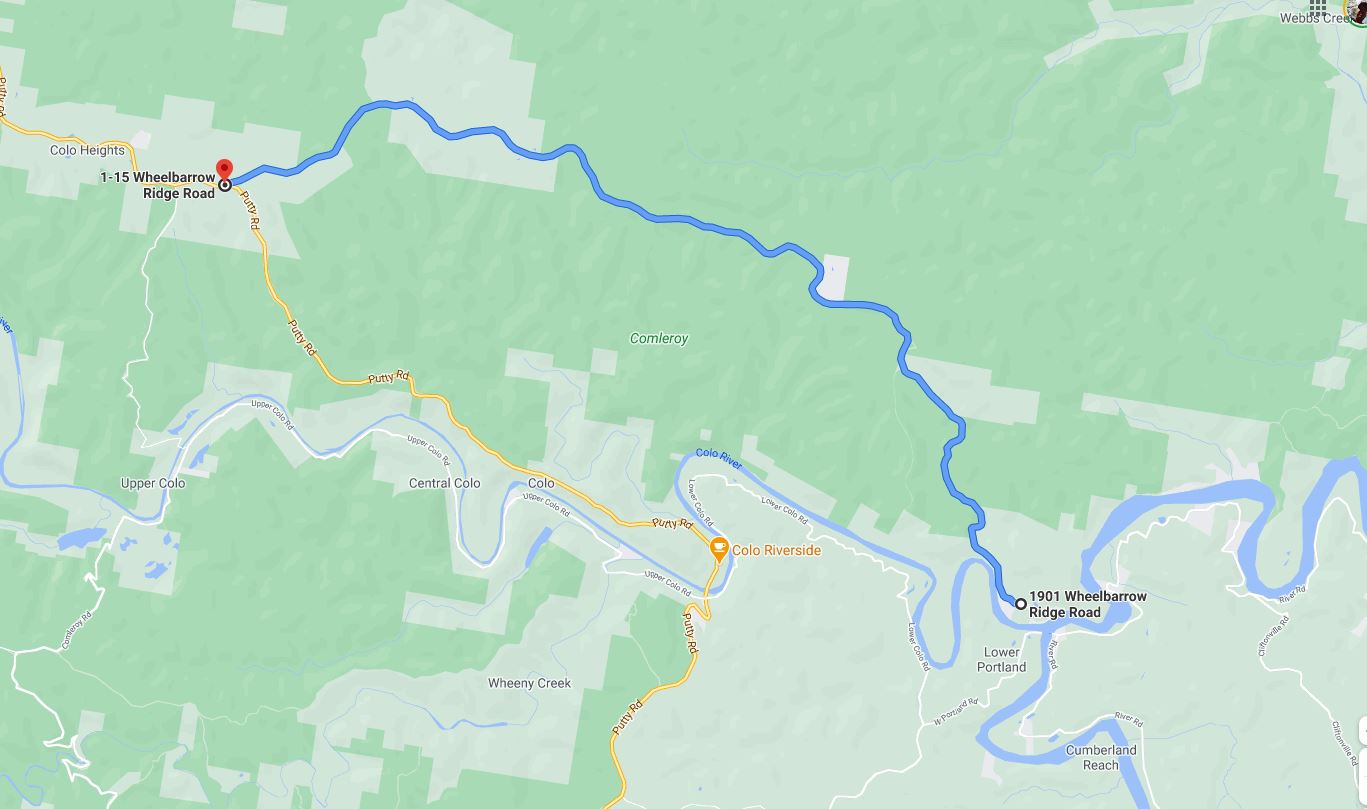 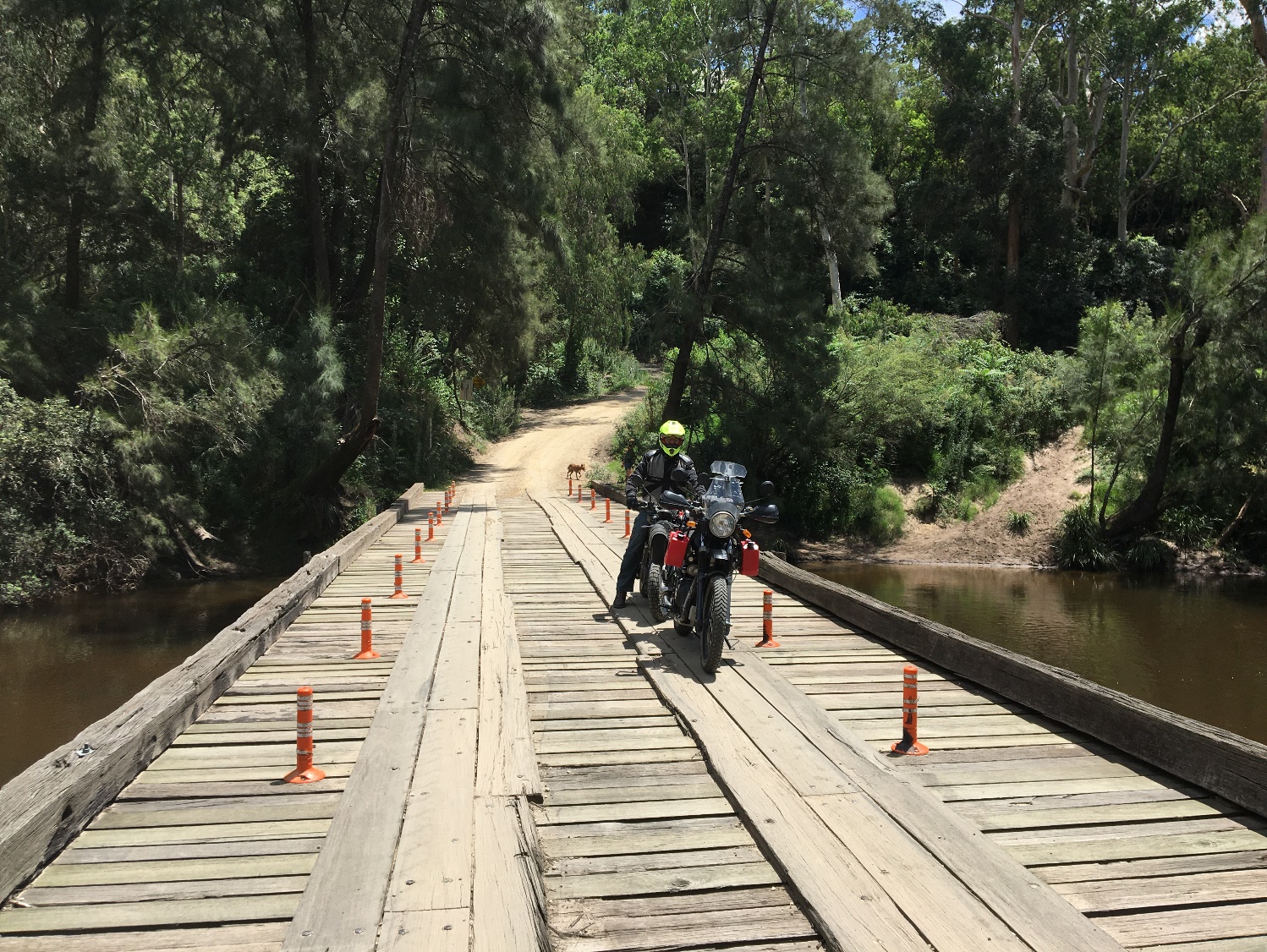 This took us to Upper Colo rod where we road down to Colo and had a rest under the Putty Rd Bridge. 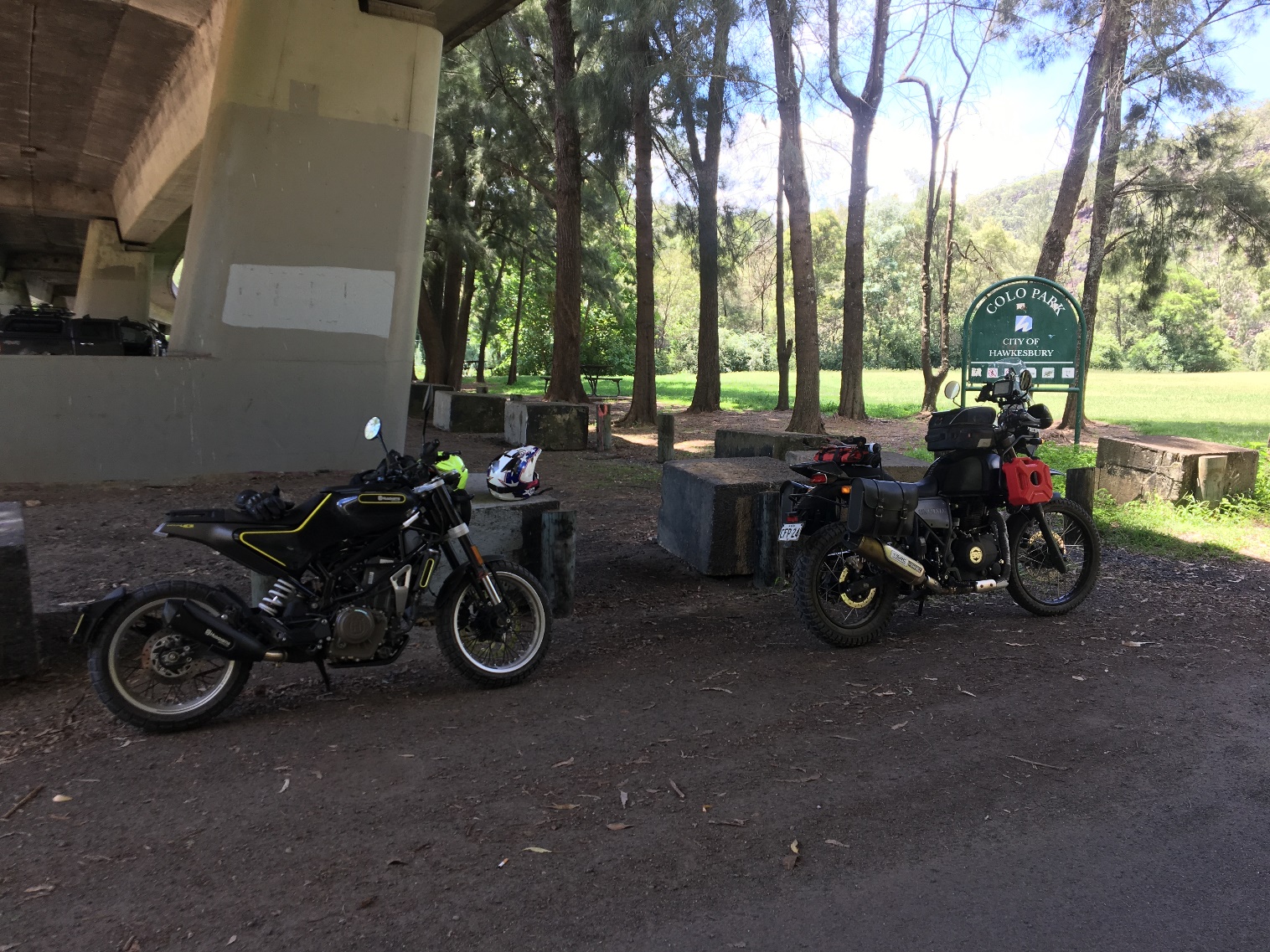 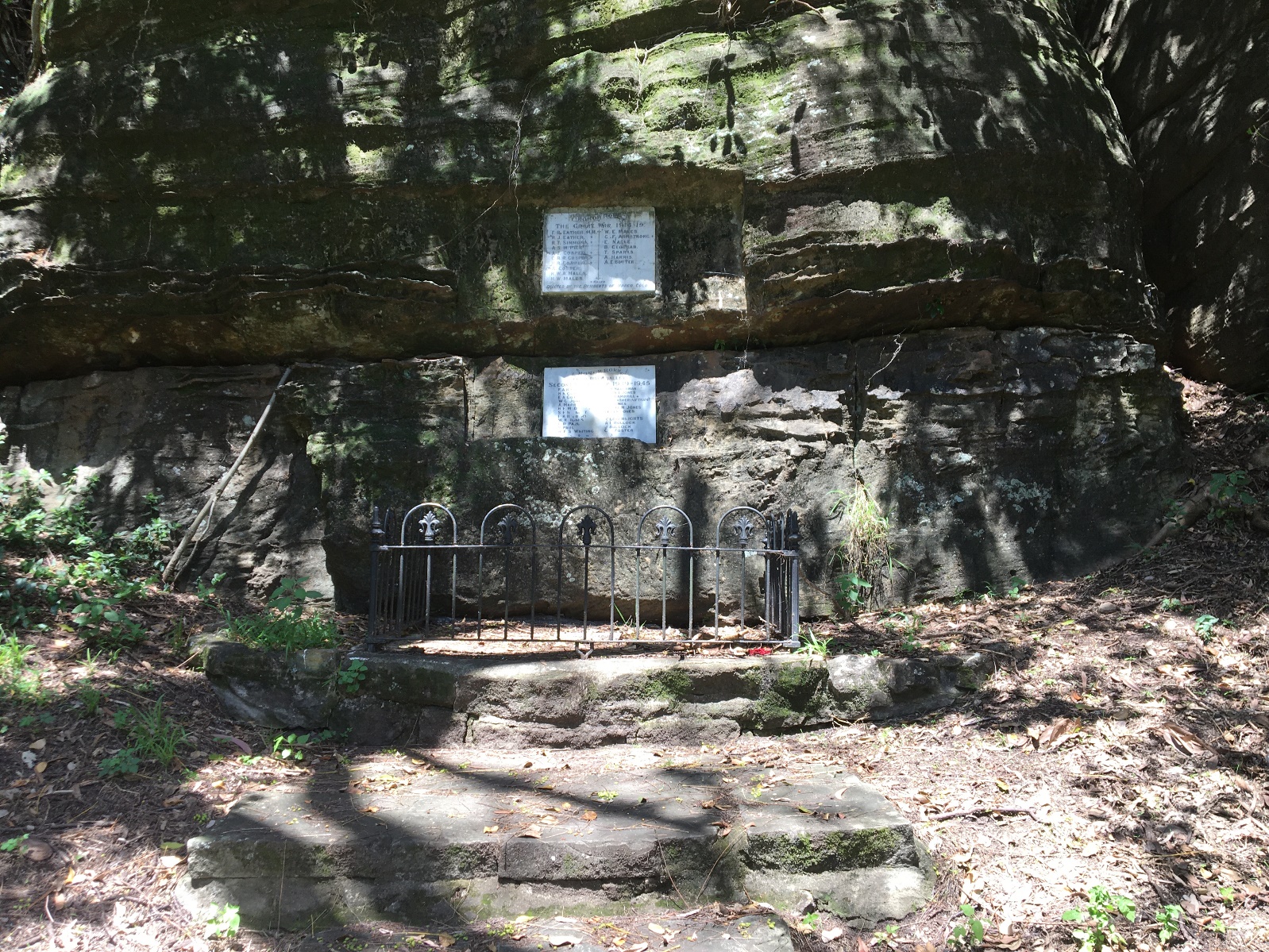 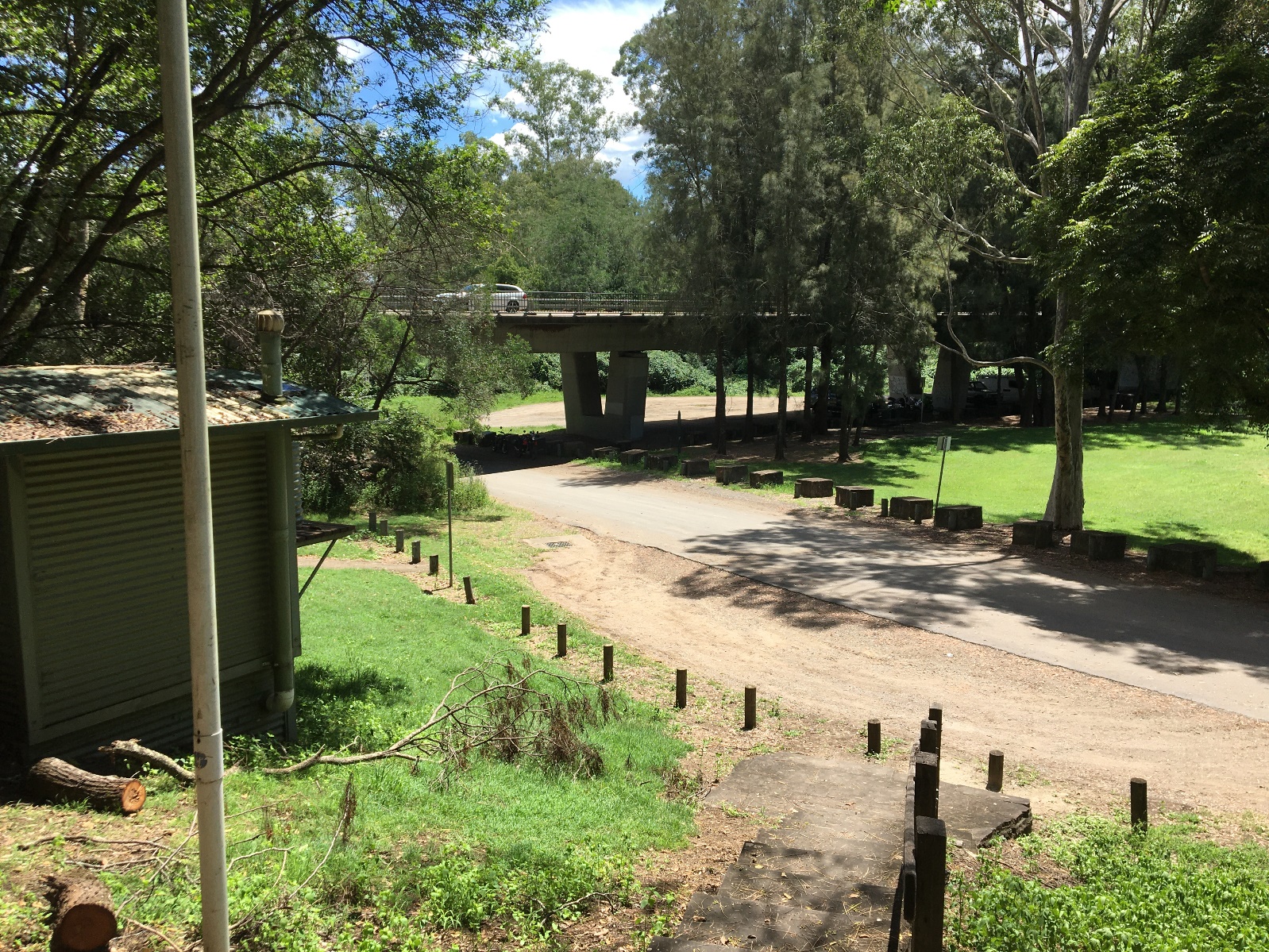 The Lower Colo Rd took us to Lower Portland Ferry 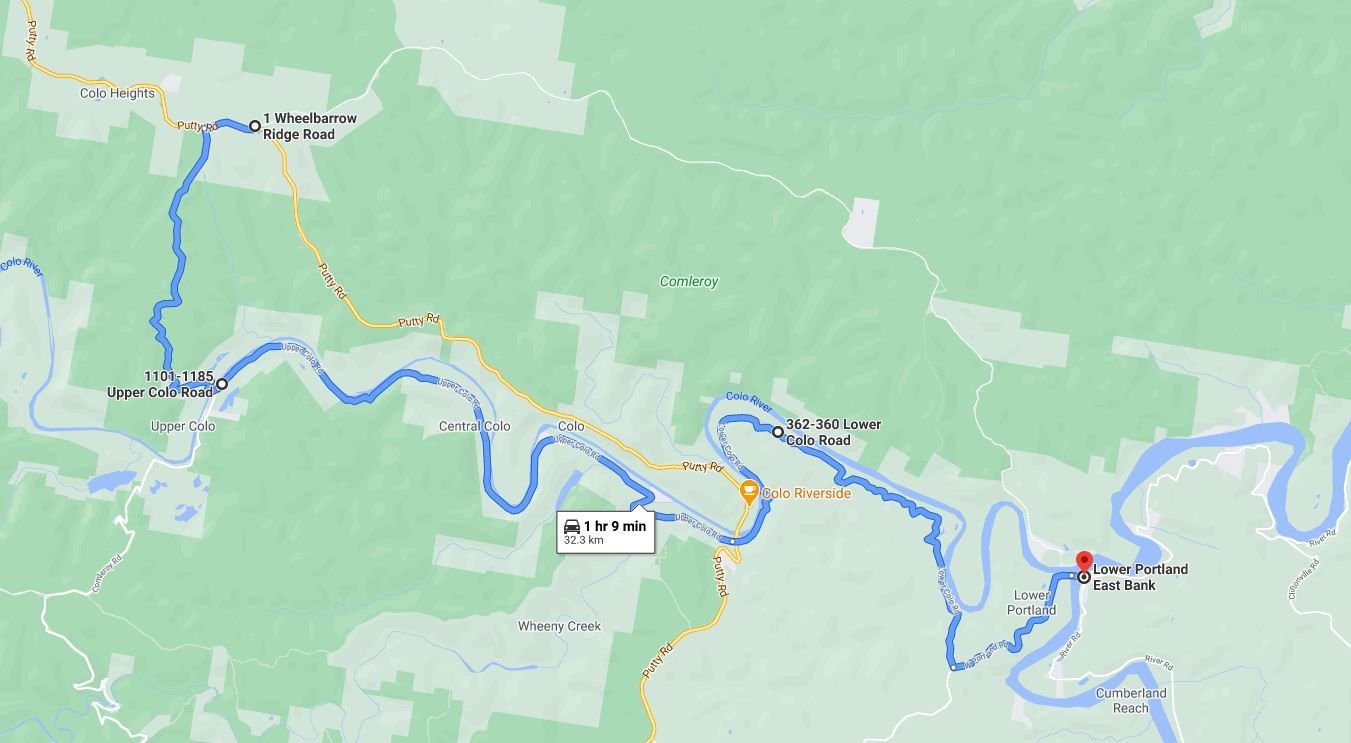 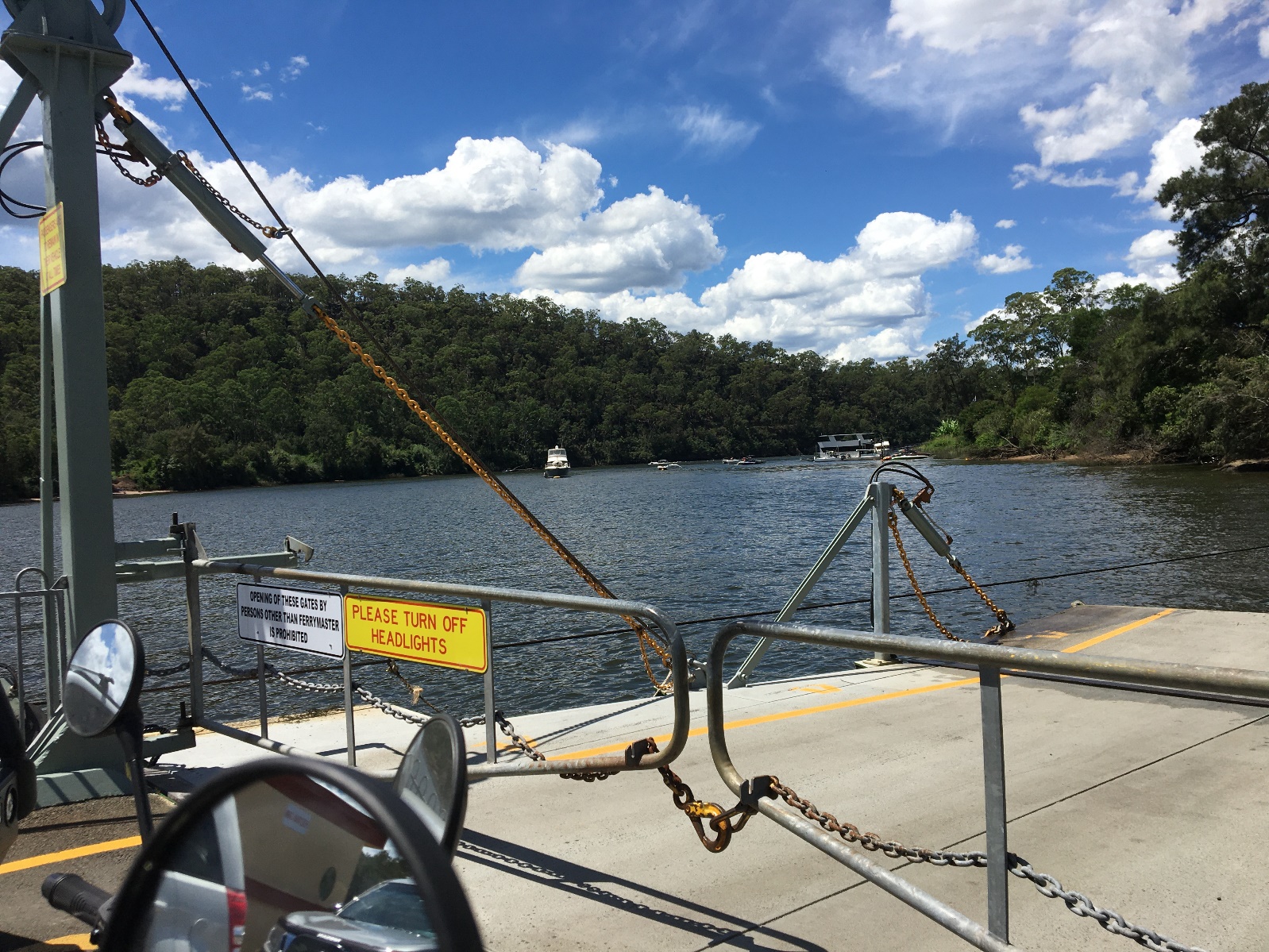 We crossed the ferry and then followed River Rd to the Sackville Ferry Rd and then up to Wisemans Ferry Rd where we stopped for a steak Sandwich at the Stone House. 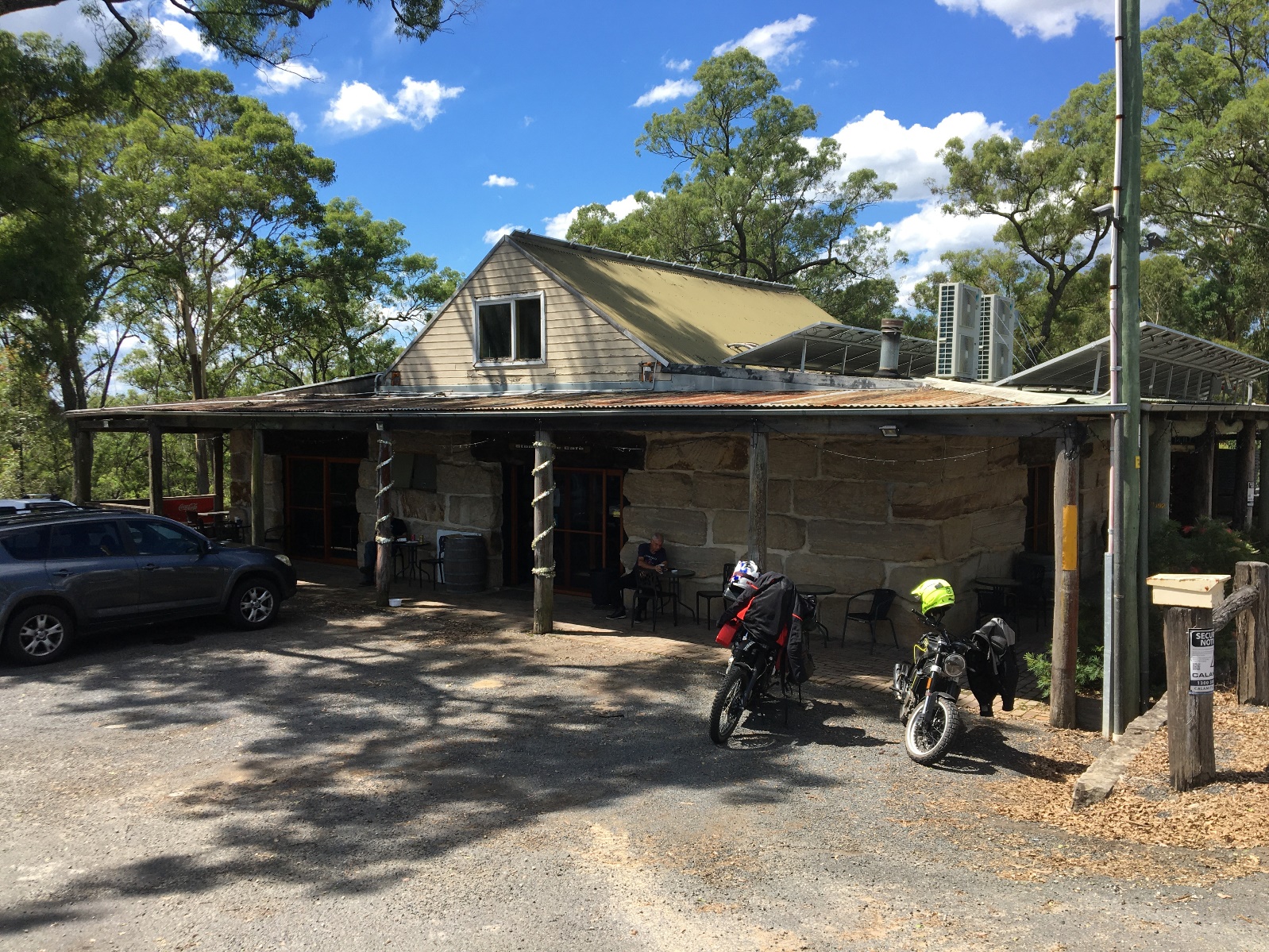 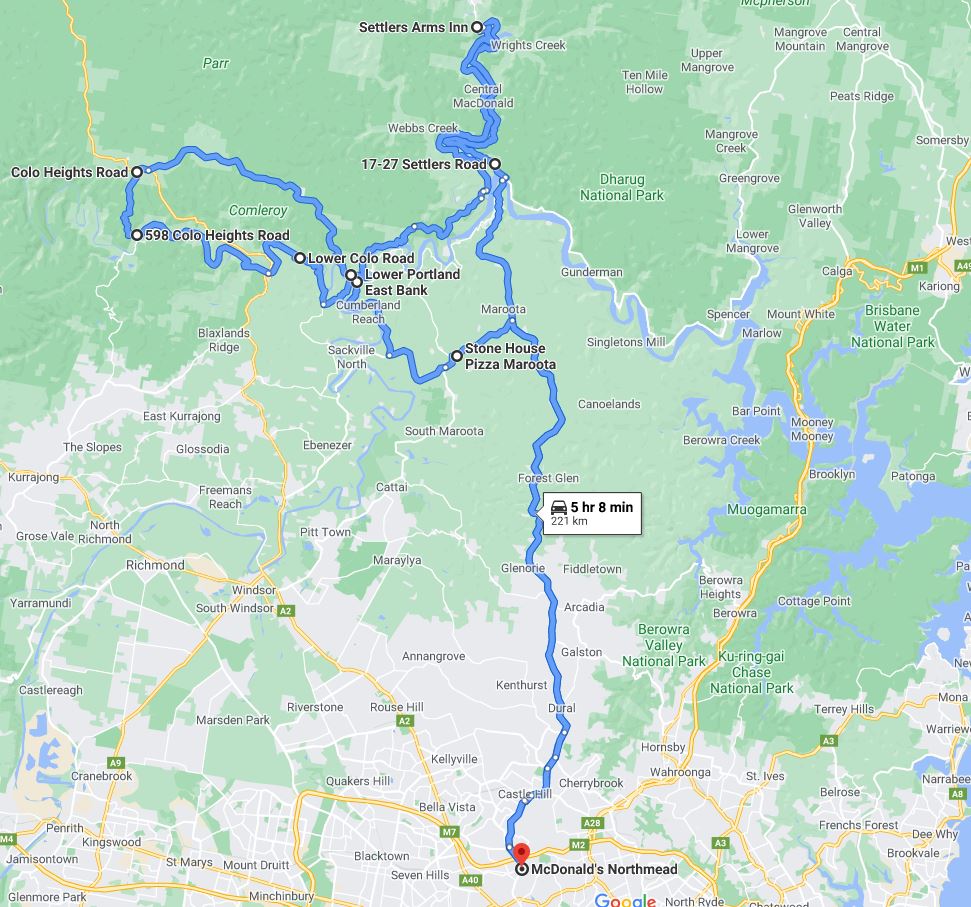 A pretty fun day and again the Himalayan performed well on the dirt and the bitumen, The first two rides involved using Freeways, the M1 Pacific Hwy and M7 / M31 Hume Hwy. The transport section on this ride was the Old Northern Rd which varies from 60-90 zones and has undulating hills with fairly high speed corners. The Himalayan performed much better on these roads and was right in the sweet spot for the power and gearing to basically stay in top gear most of the way except for a few hills that required 4th.

The Dual Sport Motorcycle Riders Association posted a ride calendar on Facebook and listed a ride that I had been meaning to do since buying the Himalayan from Paul. A ride that the bike had done before when Paul took the bike to Taralga and beyond. They were intending to ride from Mittagong to Taralga via the Wombeyan Caves road and back via Swallow Tail Pass and through to the Highway via the Canyonleigh Road. 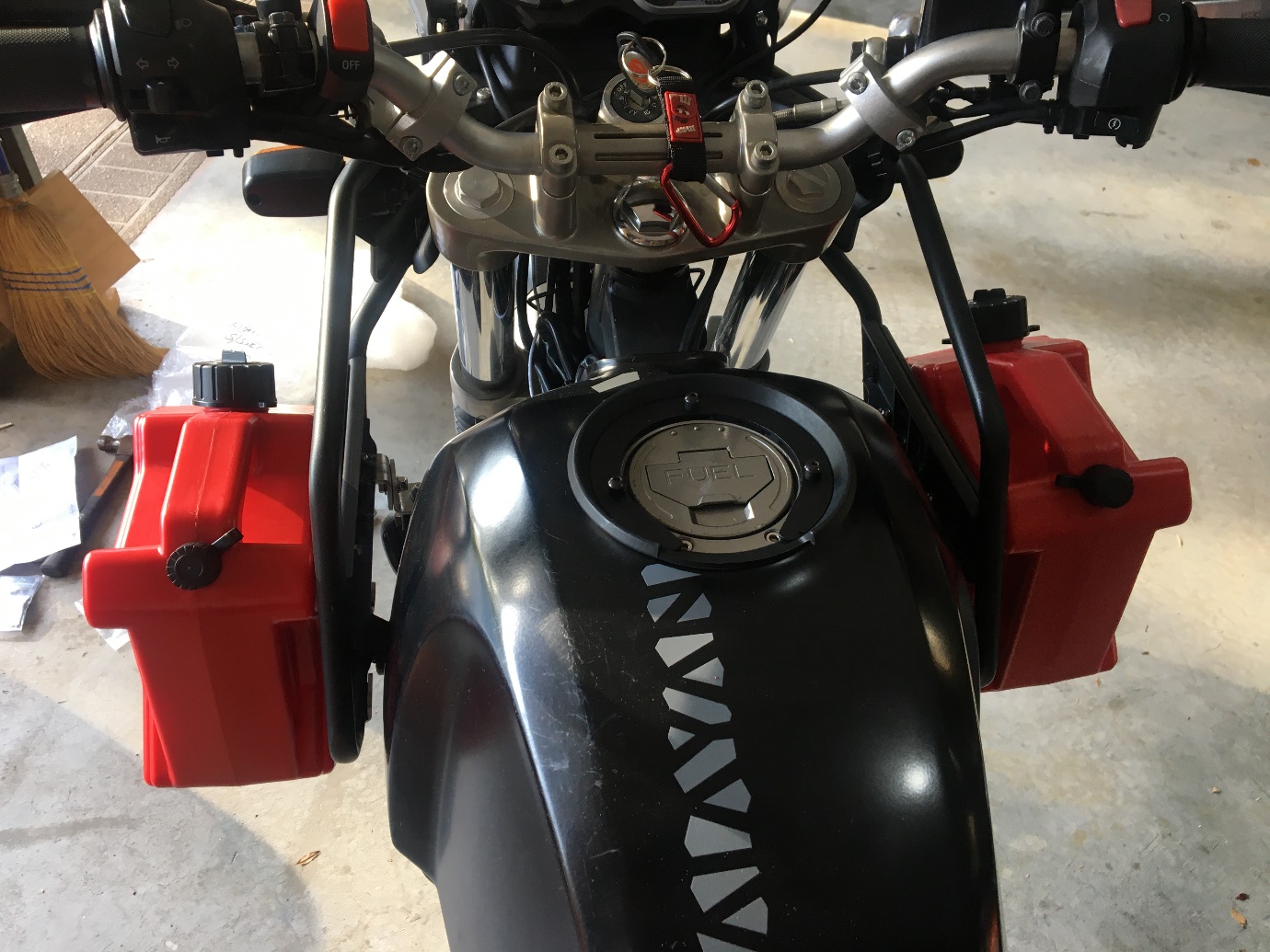 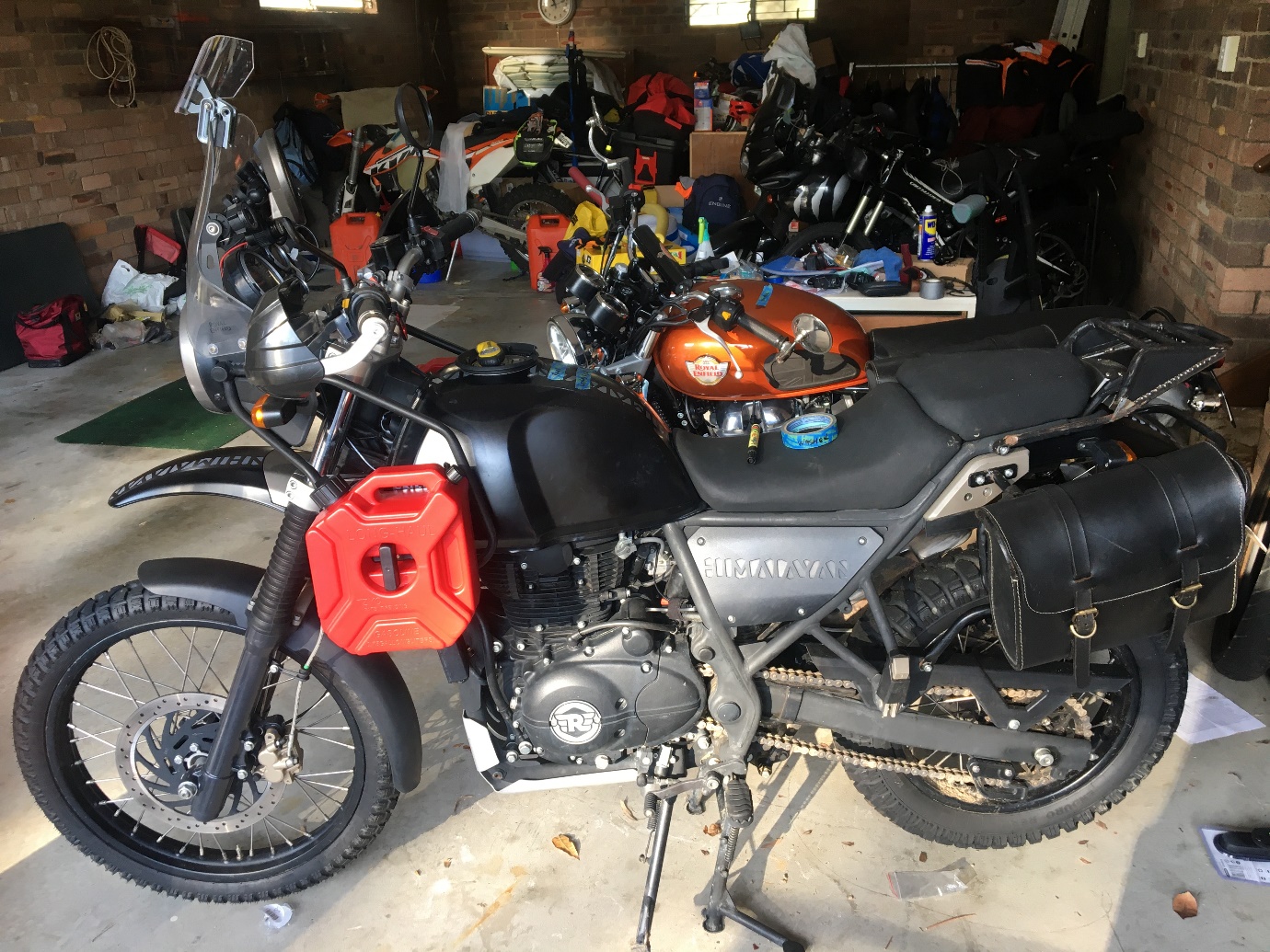 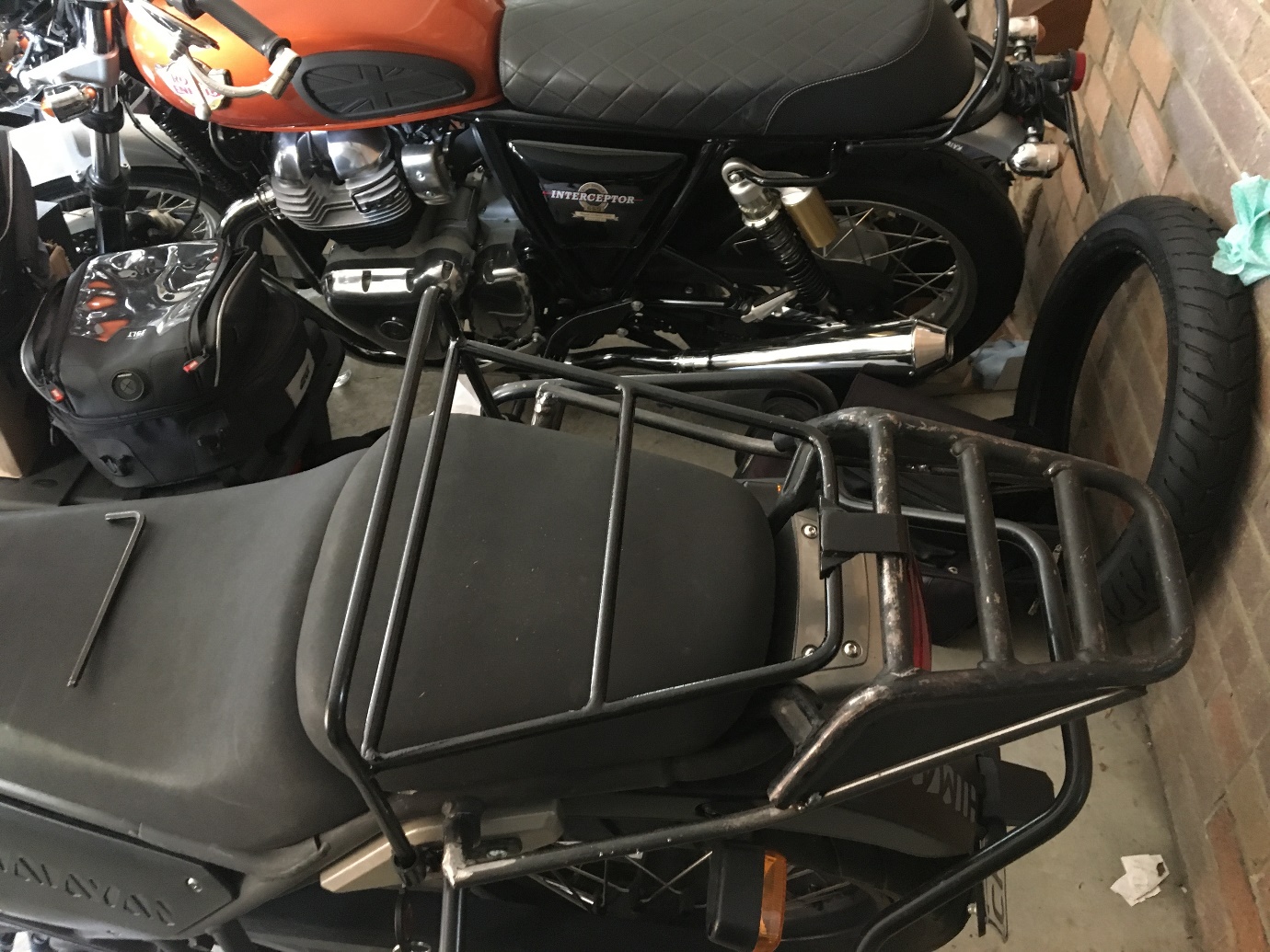 So I spoke to the ride organiser Tim Clarke who happened to live in Baulkham Hills. We decided to meet at Norwest Maccas at 630am and jump onto the M7 from there. I initially intended to trailer the bike to Mittagong and save the boring 100 kilometres each way of the Hume Hwy. Riding @ 5000 rpm just sitting on 100ks on the clock (93 on the GPS) and getting passed by trucks and learners isn’t my cup of tea, but since Tim was riding a Dual Sport bike as well, a KTM 640 Adventure, he wasn’t in a hurry we decided to ride down together. 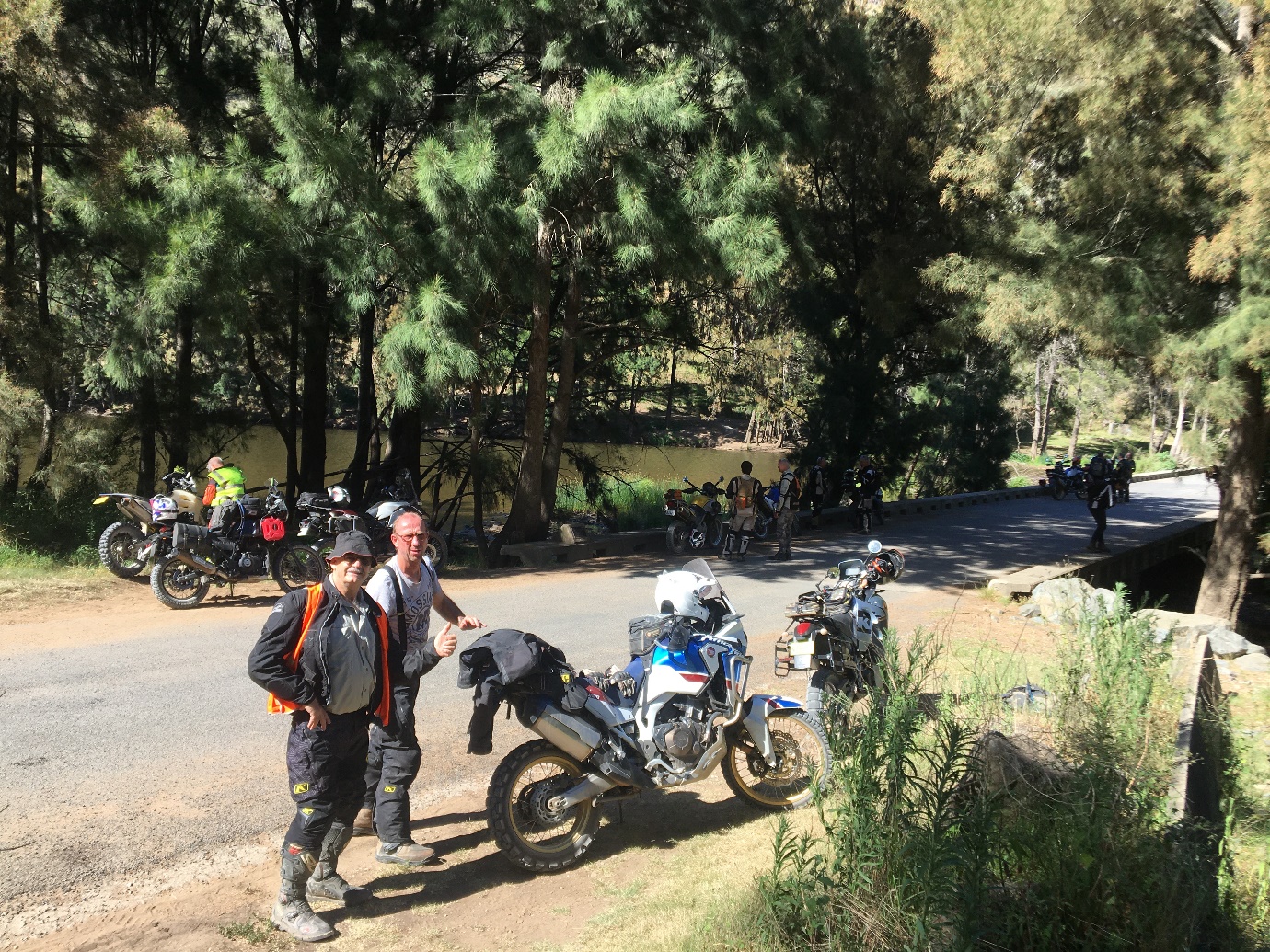 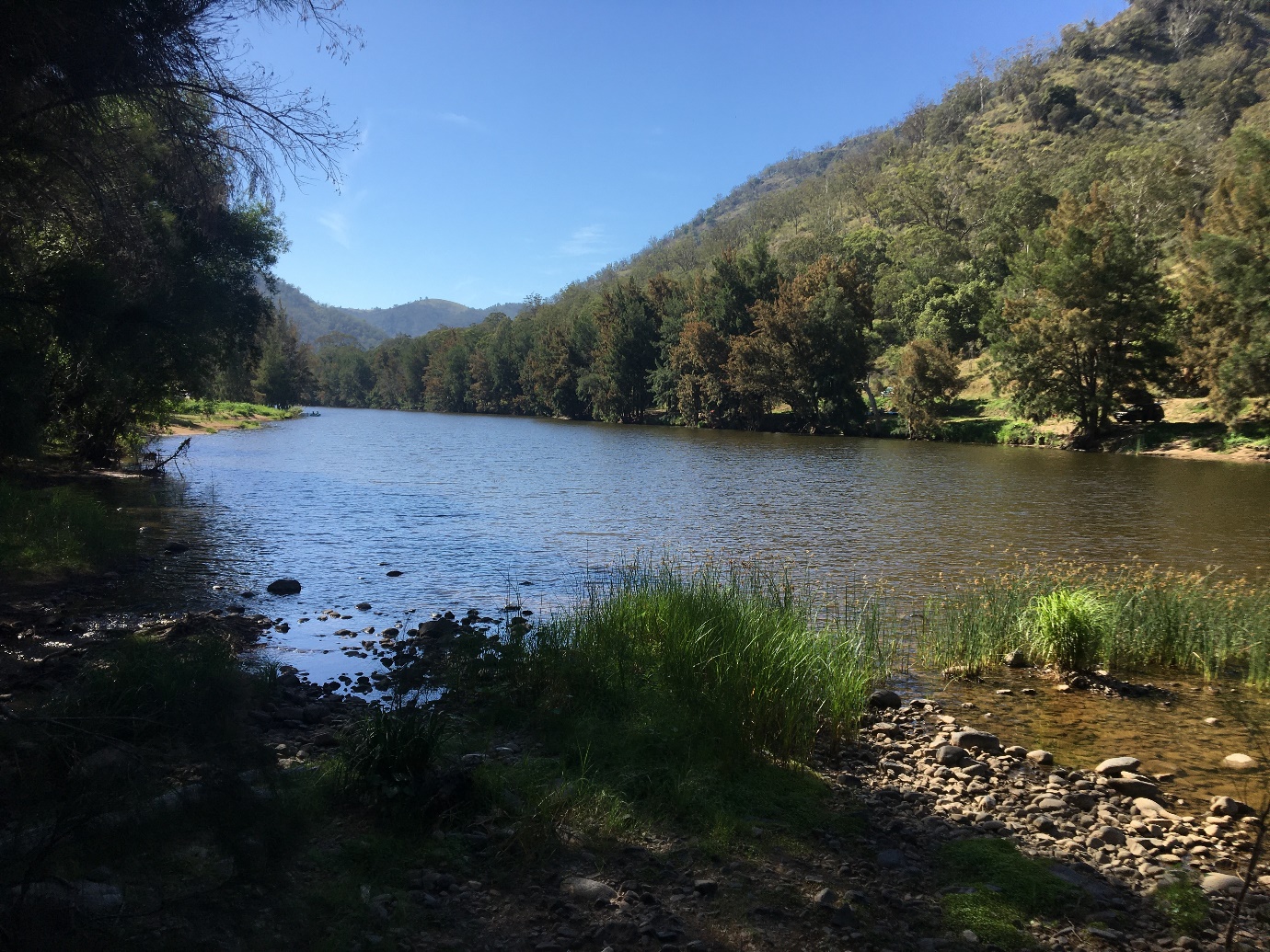 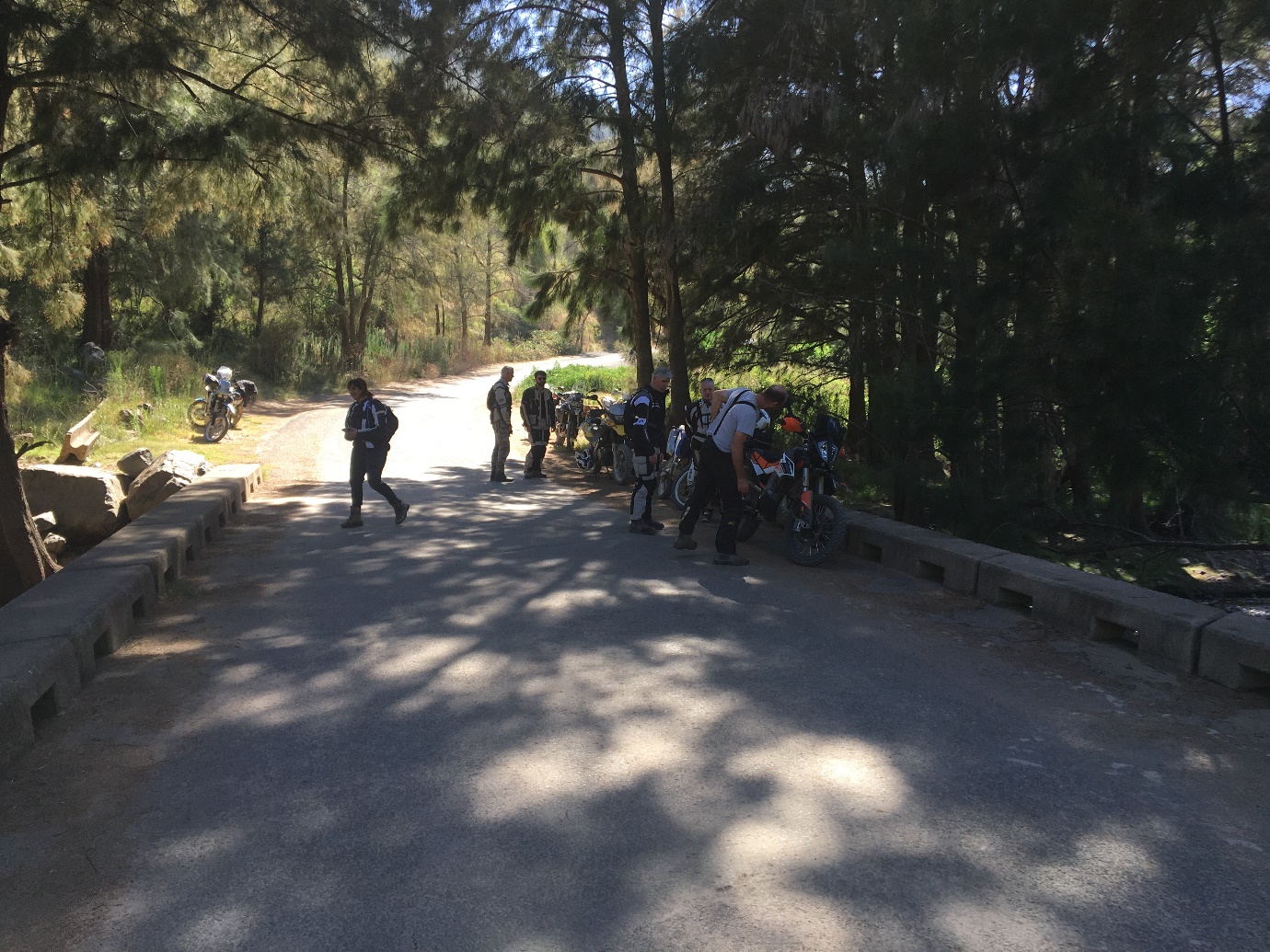 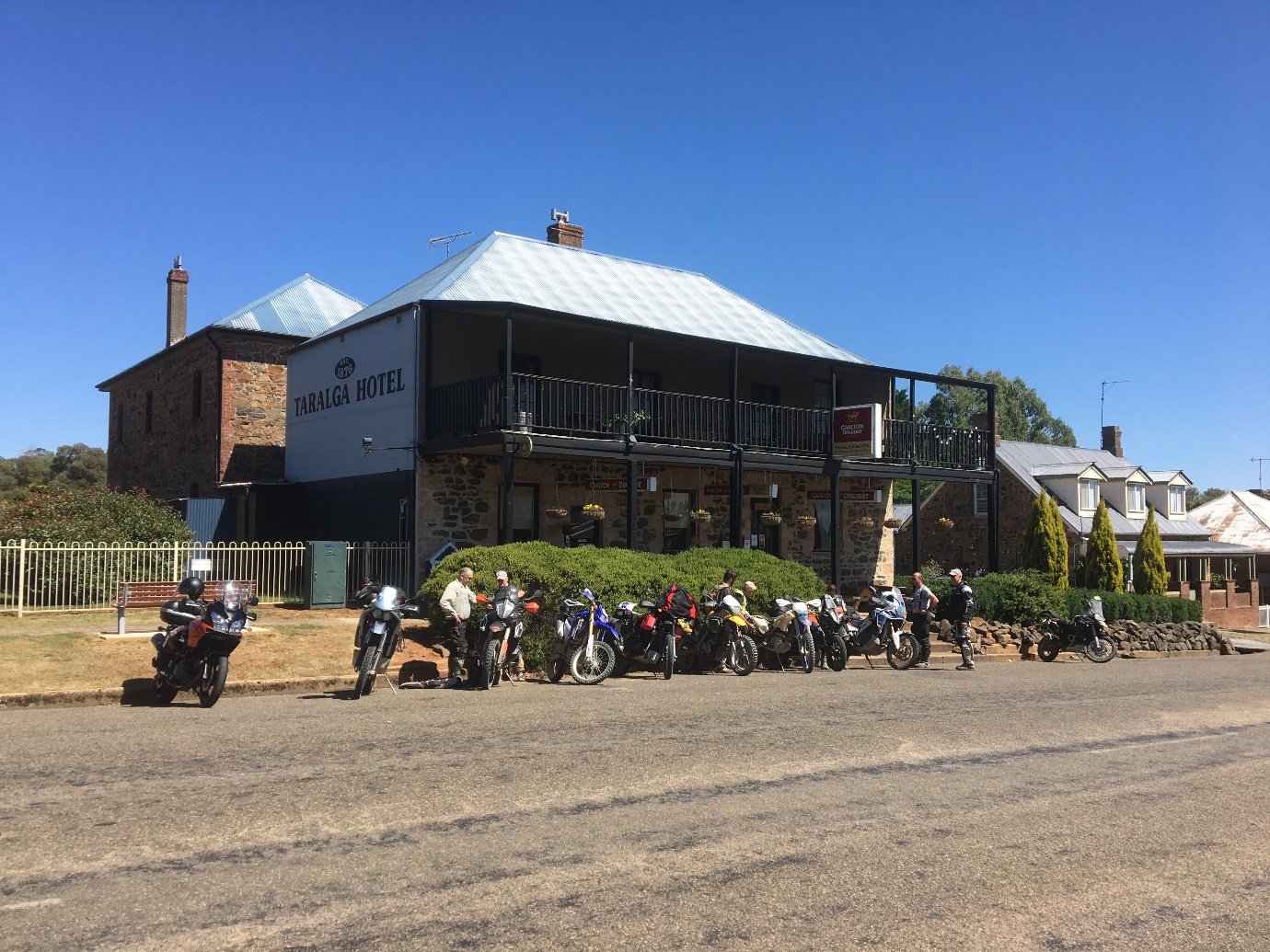 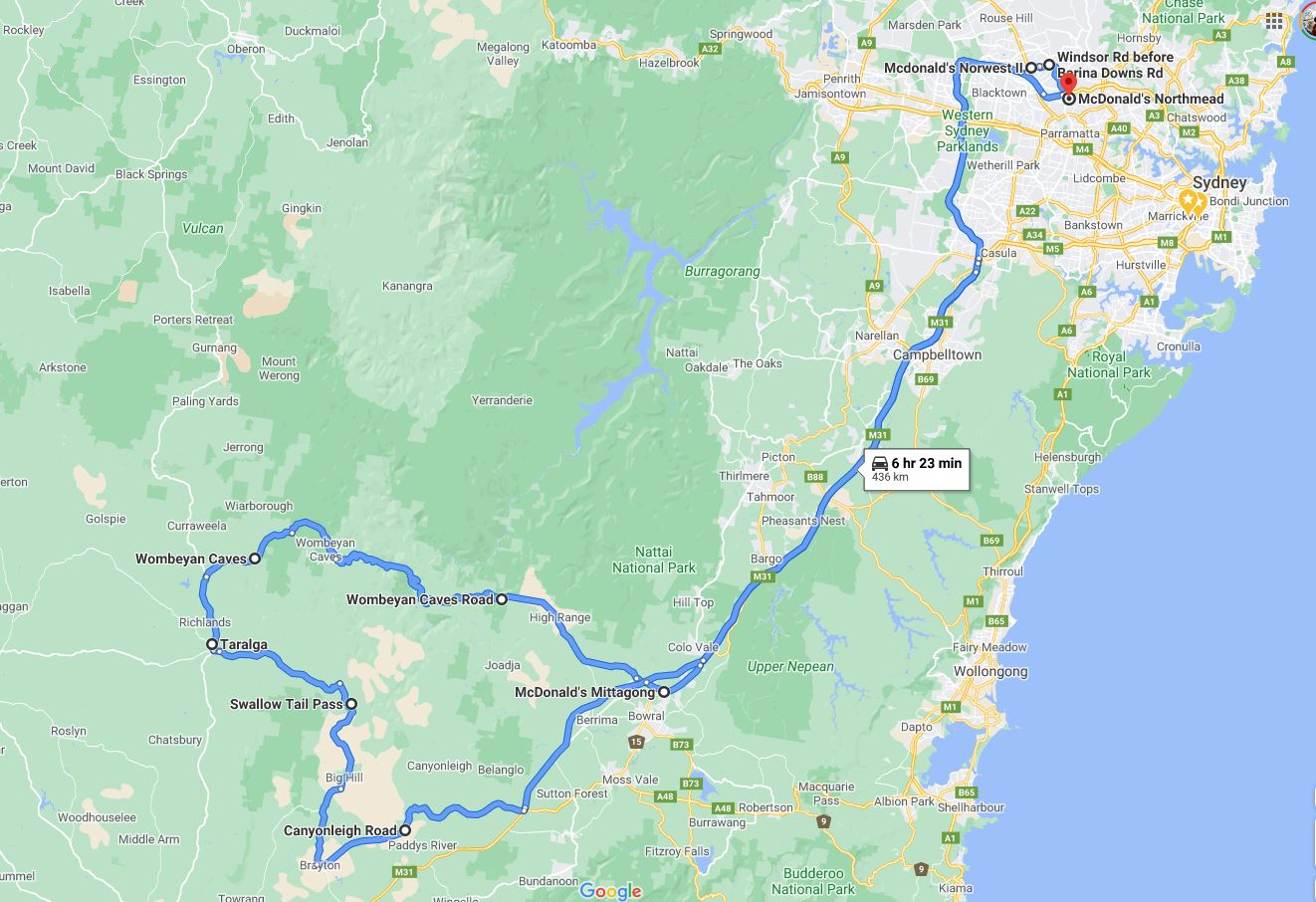 The Himalayan went really well in the dirt considering the extra weight I was carrying, approx. 10kg on the front and similar again on the rear. I didn’t bottom out the rear shock too badly despite some big potholes and a very soft spring. The front took some hard bumps too which didn’t seem to faze it. It was the first time riding the new Mitas E-07s on dry dirt and not mud like last time. They performed quite well and I only had a few issues mainly some lock ups due to over enthusiastic rear braking and a bit of a sketchy front on what seemed like fine power on hard pack, from time to time the dirt would build up into mounds on the road, due to cars tyres, where changing lines around corners was a little un-nerving. On the gravel they were great. I was pretty impressed that the bike kept up with the group only getting passed by a few of the bigger bikes on the straights and by some of the smaller more off-road oriented bikes on some of the uphills. It did not miss a beat.

It was a long day but worth it, If I did it again I would probably take the slow way down via the old Hume Hwy (which makes it an even longer day) or trailer the bike to Mittagong and enjoy the ride home in the truck in air conditioned comfort as the bike is just not suited to hours of freeway riding.

Link to video of the ride made by Peter from DSMRA  https://youtu.be/8qTscdAergU