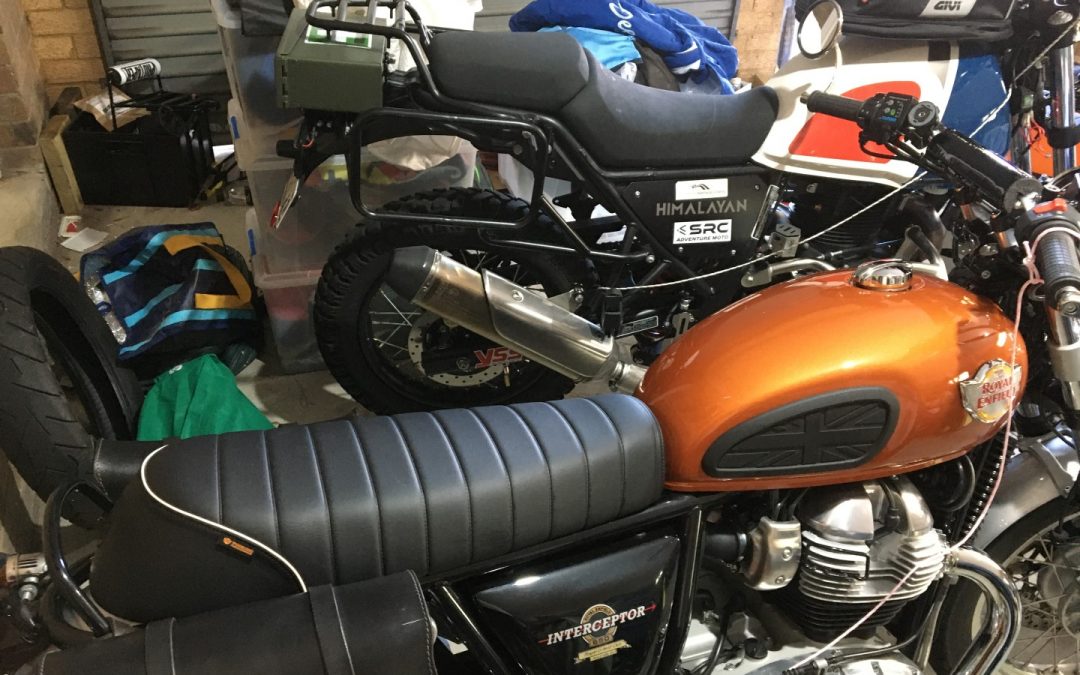 I watched a video recently made by Stuart Fillingham where he did a review of the  Continental GT Premium Touring seat (see below) and I thought it looked pretty good so I started to investigate the Royal Enfield India website to see what else was available.

I found there were also Premium Touring seats available for the Himalayan and the Interceptor. So a quick look onine and I eventually bought one of each from Ebay

The Himalayan Premium Touring  seat is fairly ordinary with the only thing setting it apart from the standard one beingthe RE embossed logo. It doesn’t look or feel any different until you use a pair of vernier calipers as I did – see below 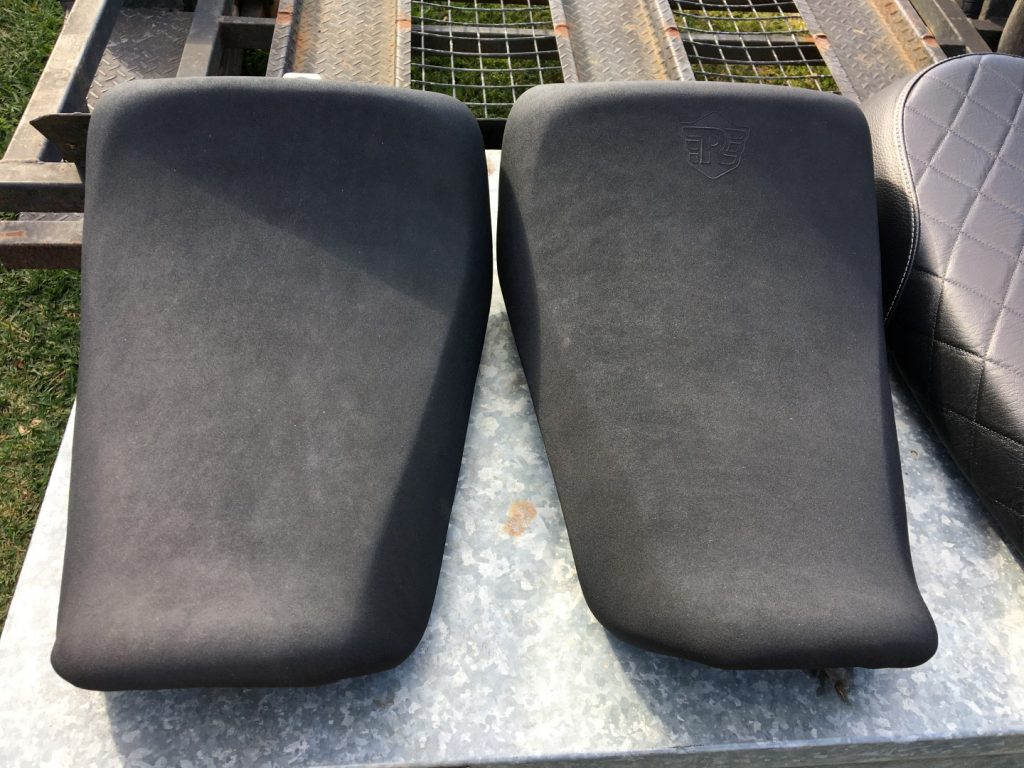 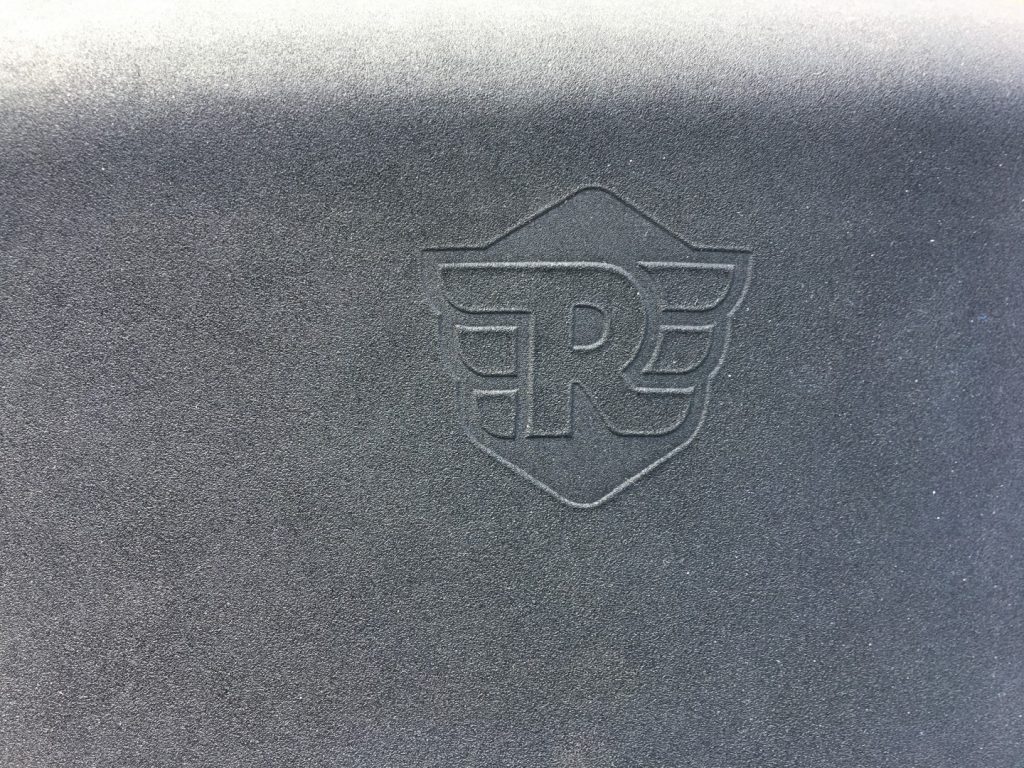 The Interceptor seat is far more fancy and they have put a bit of effort into it like they did with the one for the GT. It has some white piping where the standard one had white stitching and a nice tag with the RE logo and the word Touring . 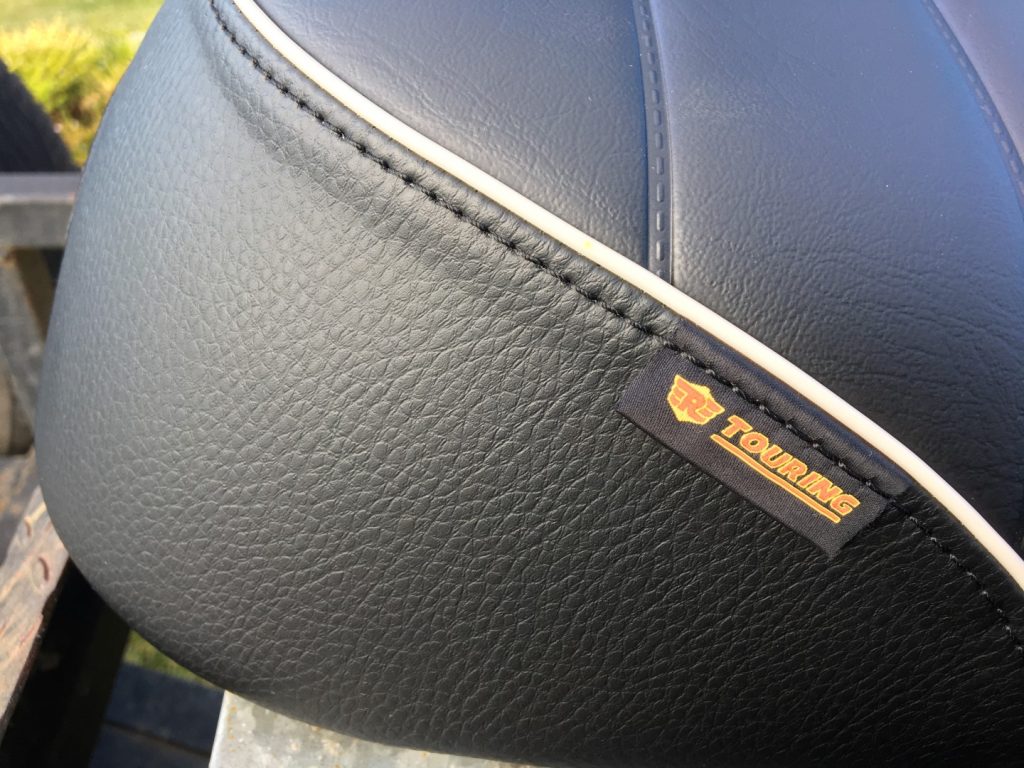 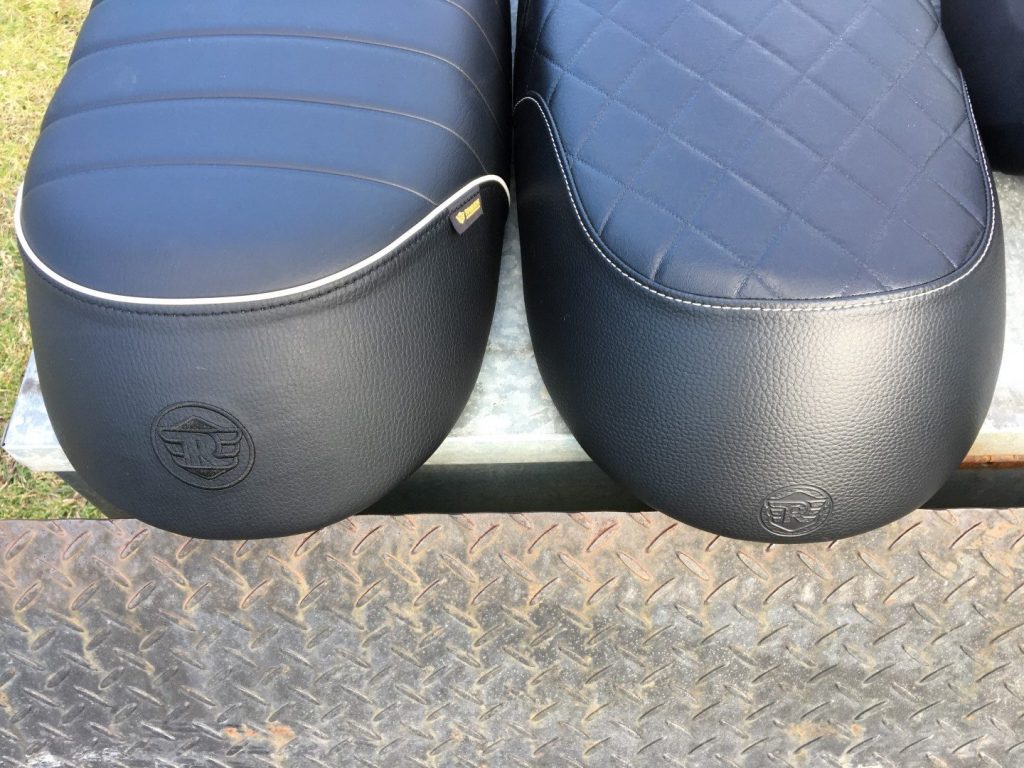 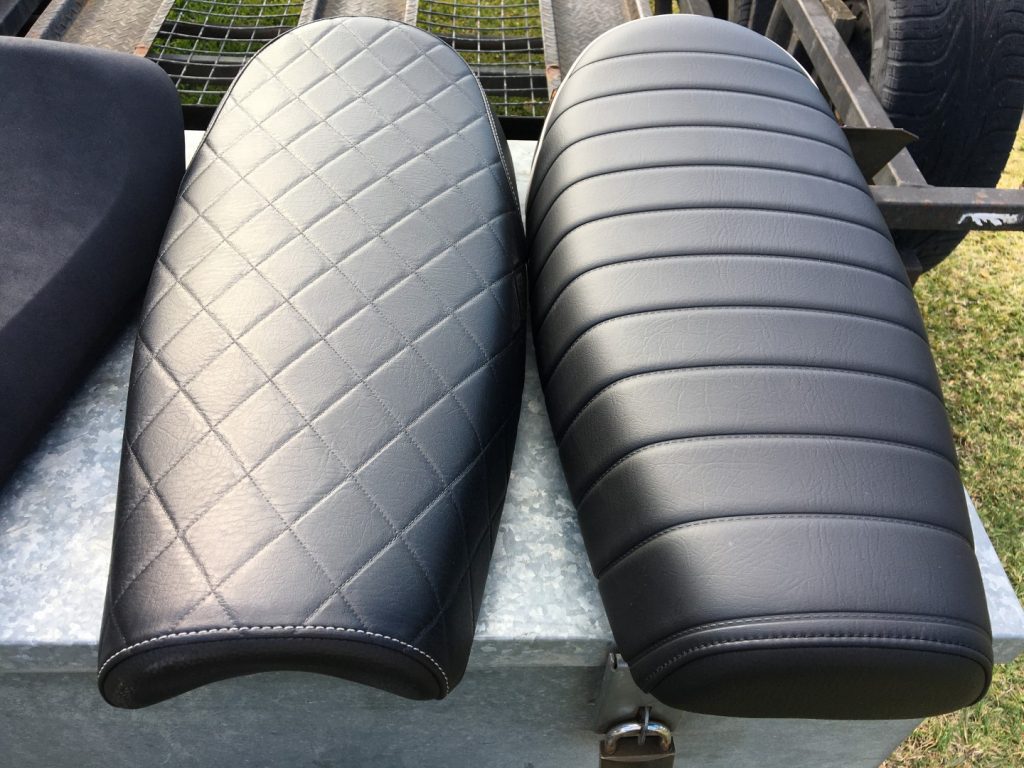 Here are the 4 seats lined up together 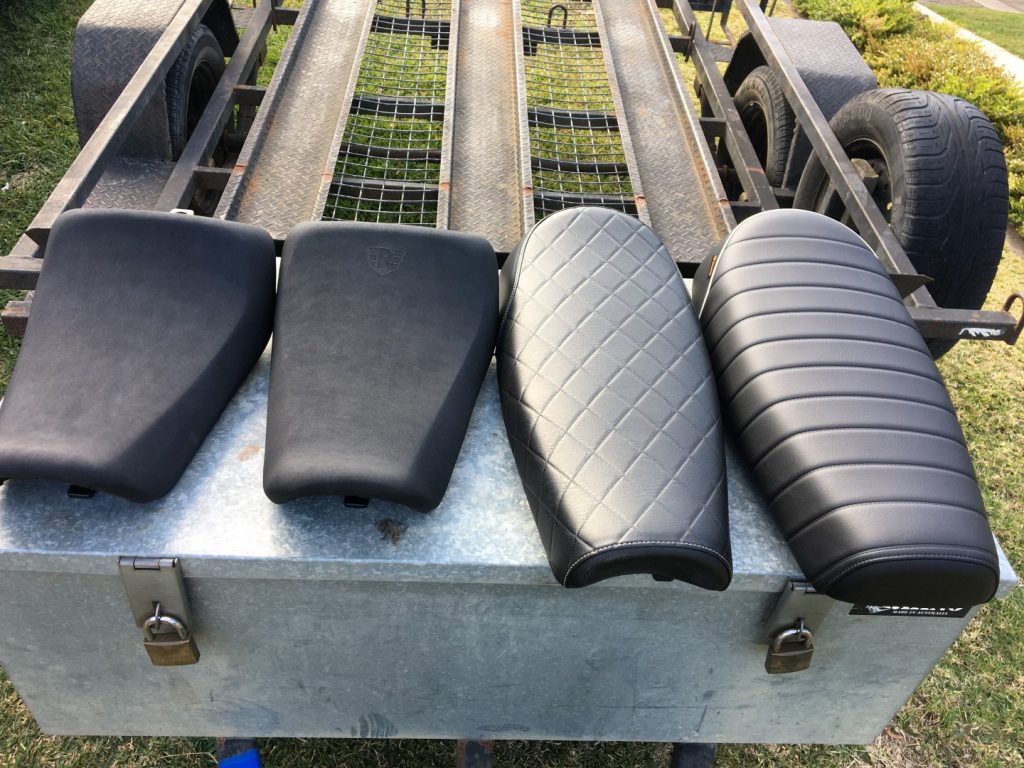 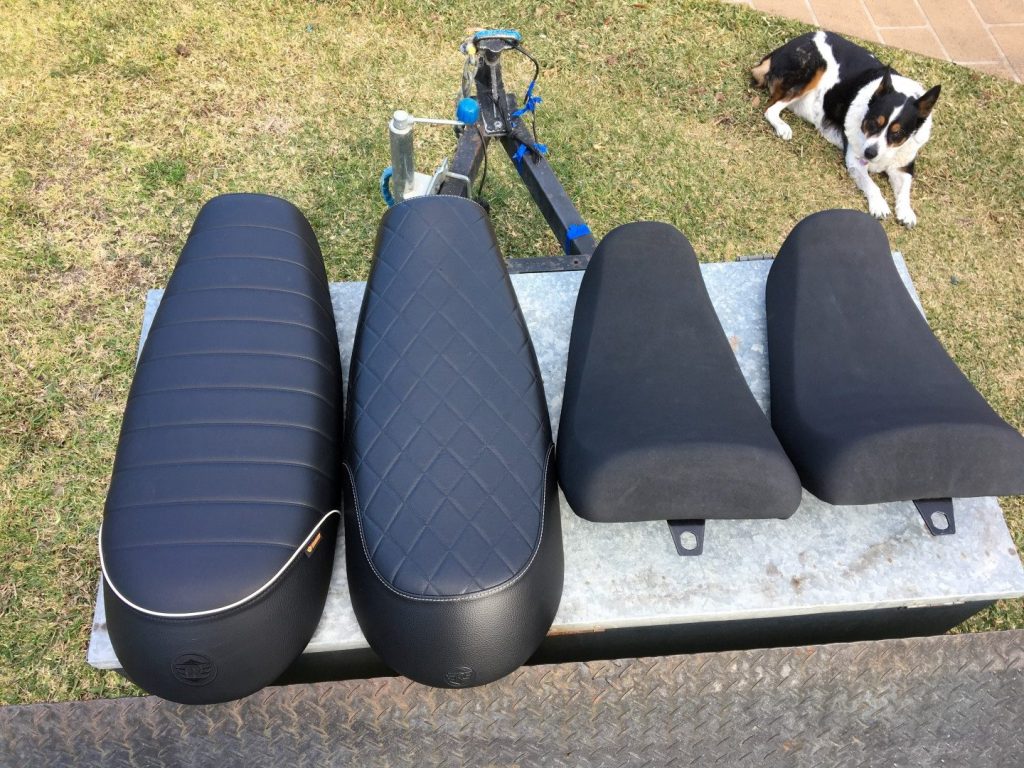 The Himalayan Premium Touring seat turned out to be slightly thicker once I measured it. As mentioned initially I thought ‘What a ripoff – there is no difference!” I could be wrong and the variance might just be that it is new but my original seat has only done 1000km and I do stand up alot.

Here are some side on photos where you can see the obvious difference in shape of the Interceptor seat and really no difference with the Himalayan in seat profile. 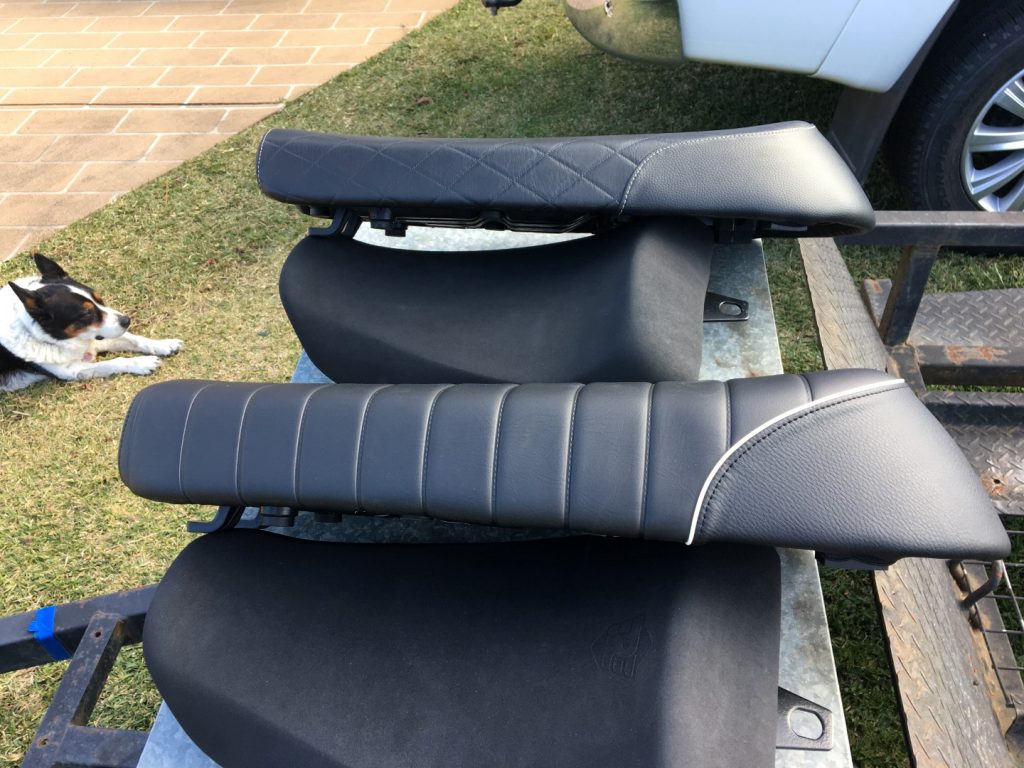 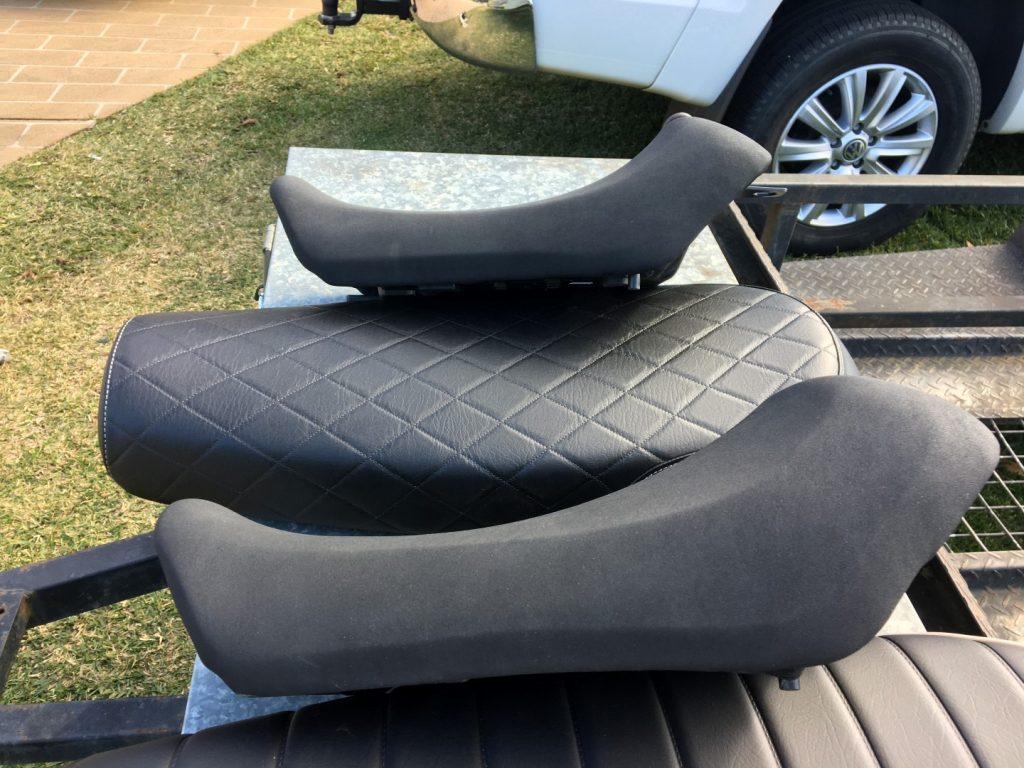 Below are the rough measurements in millimeters taken at various points on the seats for comparison. 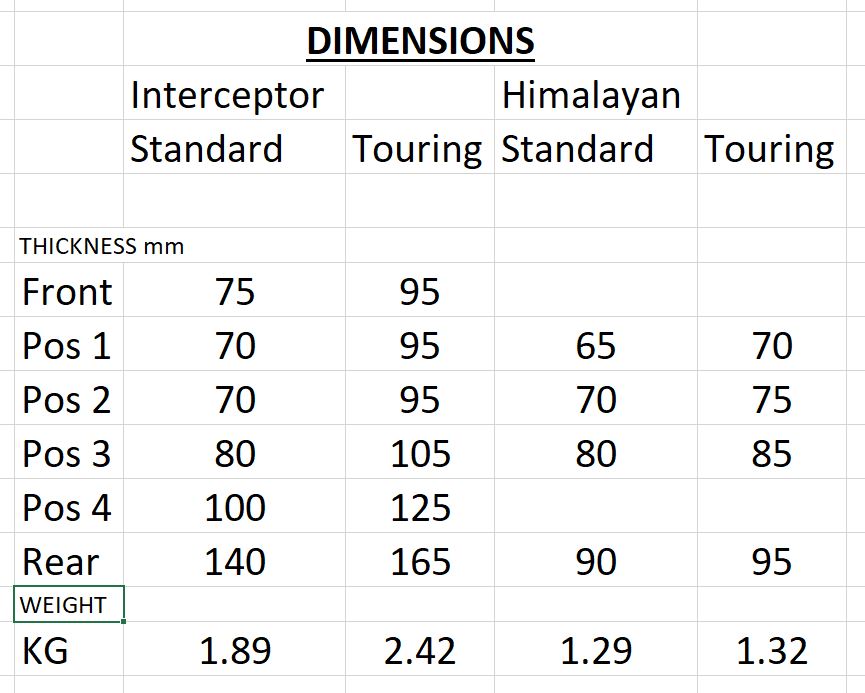