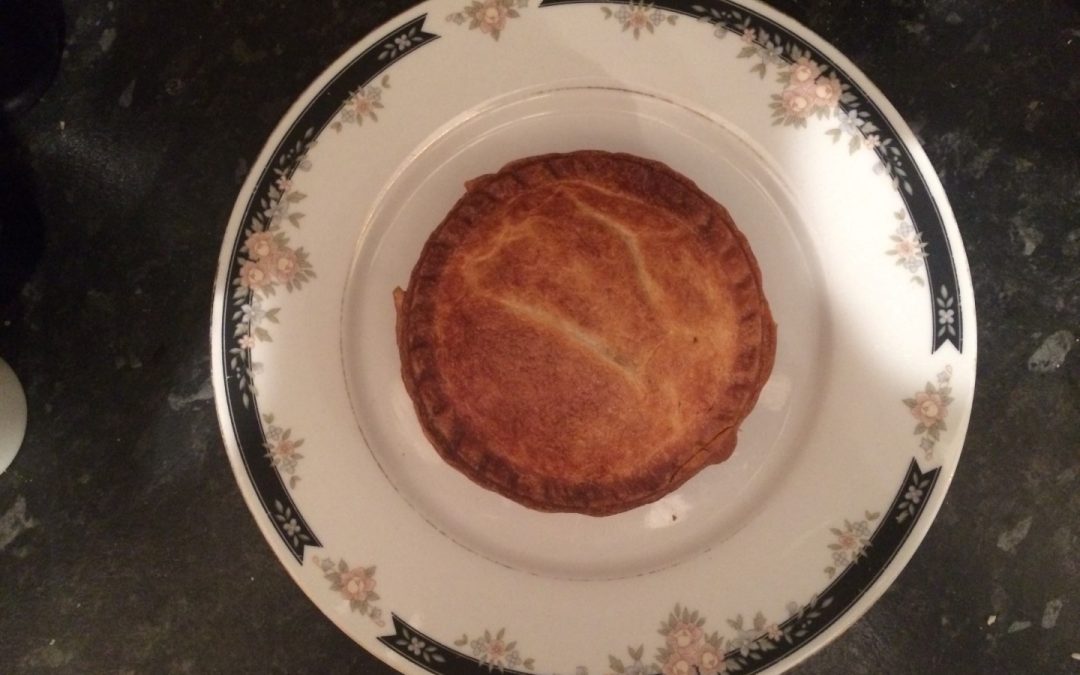 A good pie is pretty easy to find now days, and there are plenty of pie specialty places, Sylvia & Frans, Heather Brae, Pie in the Sky and Crescent Head Bakery, But you can make your own too!

I can’t remember eating a bad pie in ages, mainly because I have been spoilt by the efforts of the places mentioned above and won’t eat one from a petrol station oven.

But what is a bad pie? One where the main ingredient is missing. What annoys me most when I find a bad pie is that they have not put care into it. They have selected crap meat to save money, it’s chopped roughly into too-large chunks with bits of fat and sinew attached and the flavour of the watery gravy tastes like a rendering plant due to all the gelatine. Another pet hate is soggy pastry due to runny gravy making it impossible to eat without it running down your arm. Then theres the lack of imagination when selecting fillings. (STEAK, STEAK & ONION, STEAK & CHEESE, BEEF AND BACON and CHILLI if you are lucky)

I like pies, I like beer, I really like pies made with beer like a Guinness Pot Pie which is something that I just have to order if it’s on the menu, same goes for Kangaroo and eggs benedict some things I just can’t say no to.

So you should be able to put anything in a pie if you think about it a bit and compliment it with some veggies, spices and creative sauces so I’m going to try it.

Now that I can make pies I would like people to come up with some ideas and I will design, test and review the creations 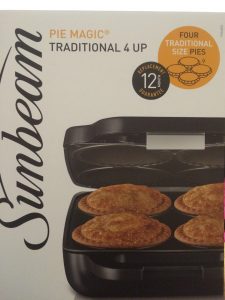 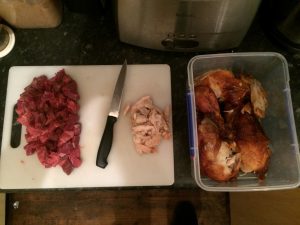 So I chopped it into smaller sugar cube sized chunks 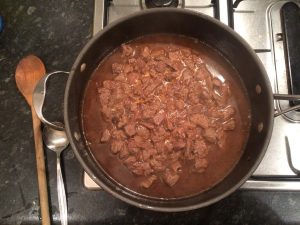 Fry up some onion and the brown the meat 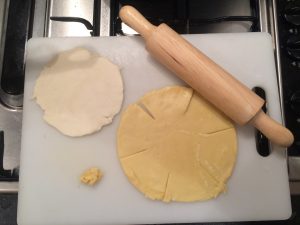 The Pie maker came with a pastry cutter that puts slits in the base so you can overlap and fit the base into the mould, It’s a bit tricky as the pie machine is on and bloody hot 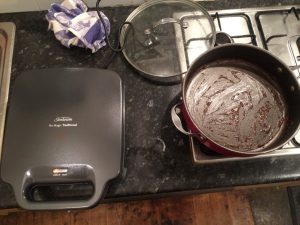 Cook for about 12 mins, i checked after 10 and they looked done 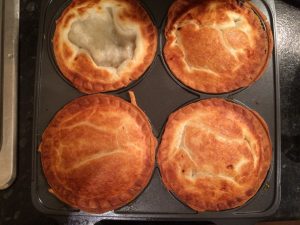 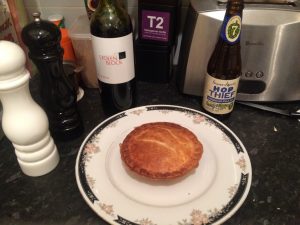 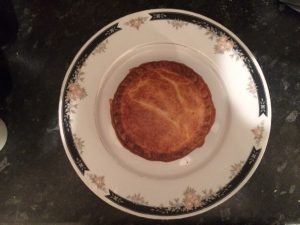 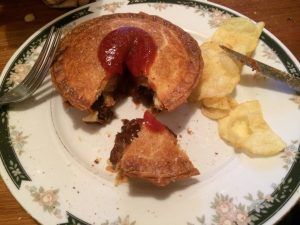 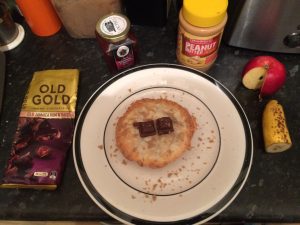 Banana and apple cooked in raspberry jam and peanut butter with chocolate melting on top!

Oh It was horrible !… don’t ever make one !… really it was crap….. I’m not lying…i had to give it to the dog … no need to experiment people… stick to boring old beef  ….don’t try anything new  😉

I am going to ask for suggestions and do some experiments, give me some ideas,  let me know what I should try next?