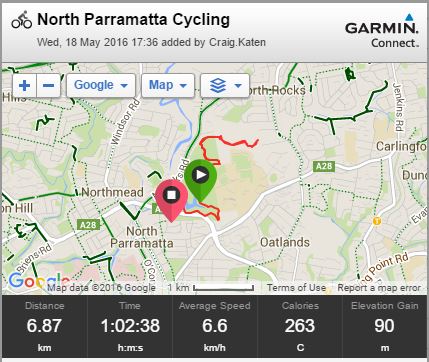 Along with my daily dog walks I would like to do some regular mountain bike rides and at this time of the year it means night rides.

Since the end of Surf Life Saving season I have done no training which was good at the time since nearly every weekend was taken up with some sort of trip away with the surf club or bike club or the dudes I ski with at Thredbo , These trips usually involved a fair amount of exercise but also heaps of beer, late nights and lots of food.

But enough is enough and I am trying to get back a bit of fitness before ski season starts and it’s back to beer, late nights and lots of food again. (Maybe I have to stop hanging around with the local piss-pots …. mmm recurring pattern here)

Angus has been dead keen on mountain bike riding since I took him on his first trip away riding downhill and cross country at Thredbo earlier this year, We went in February for a few days then again over Easter and to end the summer season Anzac day weekend. About 11 days already clocked up riding the chairlifts on our season passes. Heres a link to one of the trips http://www.k10stuff.com.au/outdoor/mountain-biking/thredbo-mountain-biking-anzac-weekend-2016/

It was another beautiful warm autumn night ( Jenny will hate this as she wants winter to come) perfect for an afternoon ride. so we headed to Lake Parramatta a few minutes from home. 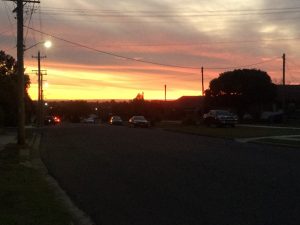 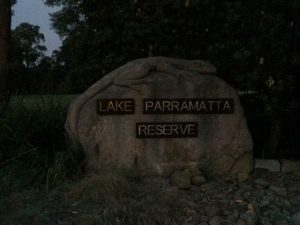 By the time we got the bikes off the car and geared up it was almost dark however we both have high-powered bike lights and when I say high-powered  i’m talking small sun sort of brightness. I have a pair of AYUPs which are 700 lumen twin lights and Angus has 2 massive Nite Lights 1000 lumen singles. 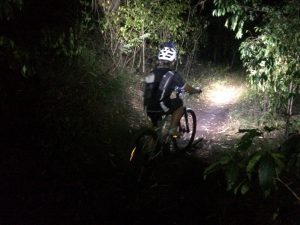 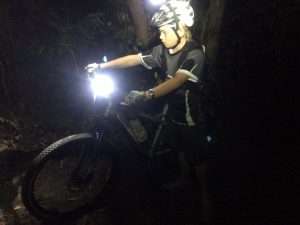 We utilise two of these lights each, one  mounted on your handlebars and another on your helmet so you can look around corners. The trails at Lake Parramatta vary from open fire trail to overgrown time-tunnel sections to winding single track and the lights work very well in all variations. The only thing you have to watch out for is trying not to react to projected shadows, a few times I thought something was running out from the darkness across the track only to find it was the shadow of a plant. 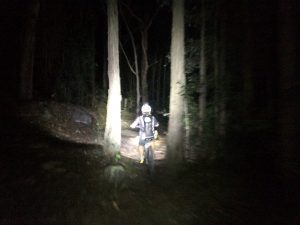 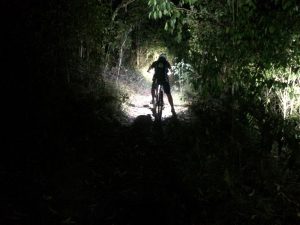 He must have been going thru hyperspace 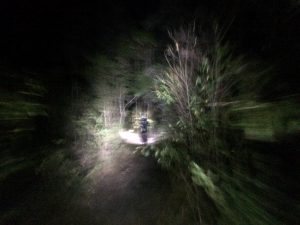 Click the link below or here to see more details 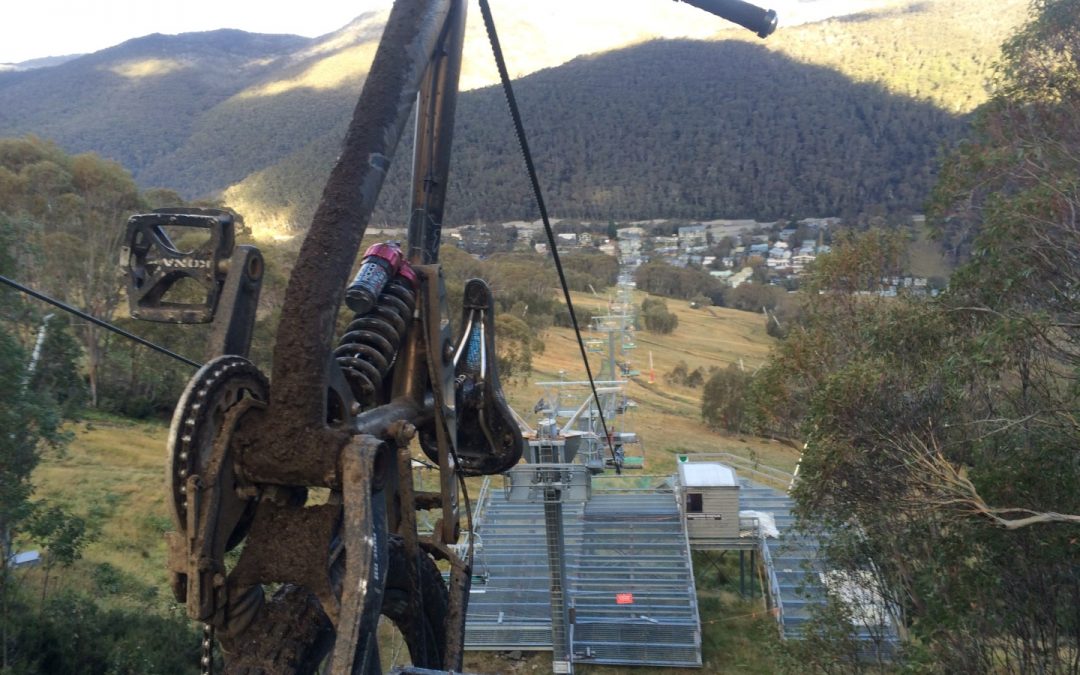 Scroll down for latest posts 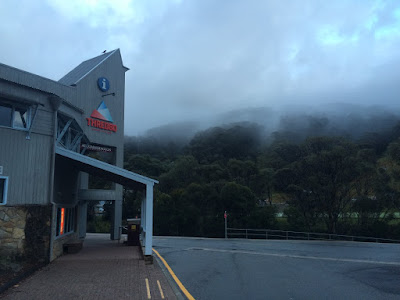 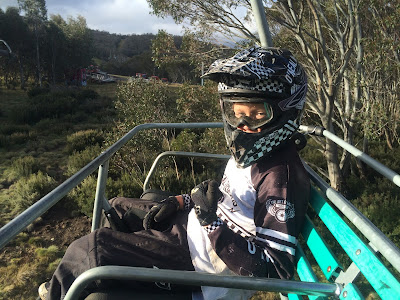 Since it was the end of school holidays combined with Anzac day, Angus and I thought it was a good opportunity to have a last ride on the mountain  before it closes for winter on the 1st of May. Craig Martin was coming down after work and another mate Chris Curtis was also riding this weekend who I was keen to catch up for a ride with. I used to ride cross country at Lake Parramatta with Chris but have not ridden downhill with him.
We left home about 430pm and had a quick trip being a Thursday, stopped for the obligatory Maccas, this time at Goulburn and then stopped again at Cooma to clean the windscreen and stretch the legs.
Slight rain had activated my rain sensing wipers smooshing all the bugs that we ran into on this balmy autumn night to the point that it was becoming difficult to see properly. It was 28 deg.C when we were stuck in some traffic on the M7 and about 20 deg. C when we got to Goulburn at about 7pm.
I wanted to have good vision for what I knew was waiting for us on this unusually hot night as we approached our destination of Kosciusko National Park. In fact we didn’t have to wait that long as the first roo jumped out on us somewhere between Berridale and Jindy.
From then on it was like a video game, Angus was spotting for me calling out roos in the darkness of the paddocks and ones lurking in the shadows on the side of the road. Then we hit Penderlea and all hell broke loose with deer running everywhere. I slowed down untill we got into the park proper where the terrain was too steep on either side of the road for them to be a menace.
We made it to Thredbo safely in the end and went to sleep about 11pm. I was woken about 4am with heavy-ish rain.
I got out of bed at about 630 to re-check the weather, the rain had eased but the BOM forecast didn’t impress me so I took a few photos and turned on the laptop.
Not the best thing for mountain biking. 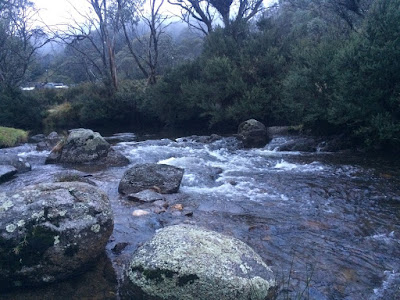 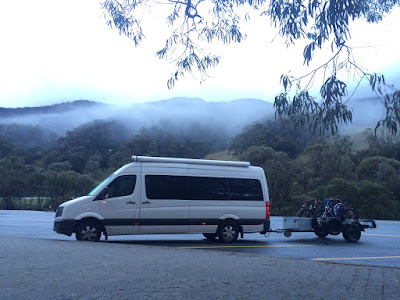 I can see a Cascades breakfast coming on !
Mid Morning Update
The mornings weather didn’t improve but the rain did reduce to a slight drizzle
We were worried the weekend was a write-off however I was assured by Craig Martin that the rain would produce some “hero dirt”So we headed to Cascades and had breaky as expectedAs an experiment I wanted to attempt a blog update via mobile deviceBeing Google affiliated Blogger does not support the browser on my iPhone – kel surprisSo I used my work phone a Samsung Note running Android and it was an absolute pain in the arse and made my breakfast get cold. Long live Windows. I will need to get a Microsoft Surface. 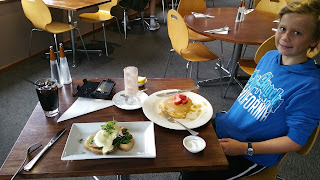 Eggs Benedict is my weakness …..as are pancakes for Angus 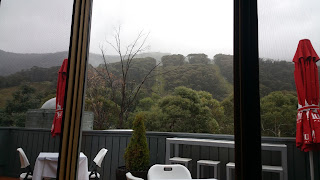 No bikes on those lifts

We finished off breakfast and went over the bridge to check out VT. ( Valley Terminal)
There was no one in sight, the first person I bump into is Old Mate the chef from Avalanche Cafe, cheery as usual. Then we walked up to the lift concourse and again it was empty so it was back down to the bike shop to talk to Dan.
I asked about the track conditions and luckily enough he had just ridden and opened the Flow track. He said it was a bit greasy in parts but OK. I immediately purchased a new back tyre a Maxxis Minion DHF 26 x 2.5 57 DUR (nice and sticky) since mine had been given to me by cousin Dibble about three-quarters of a decade ago and had gone hard like a piece of chewy from under a school desk and all the centre knobs had ripped off. The new one had the consistency of brand new bubblegum, just what the doctor ordered.
We headed back to the van and fitted the tyre and geared up. The rain had abated and the track had a chance to dry out a bit so we we looking forward to a ride. The temp was still cool as there was no warming sunlight, even so we dressed lightly, Angus re-attached the bottoms of his MX pants and I put on some Skins and a thermal T-shirt under my DH jersey, summer gear basically. 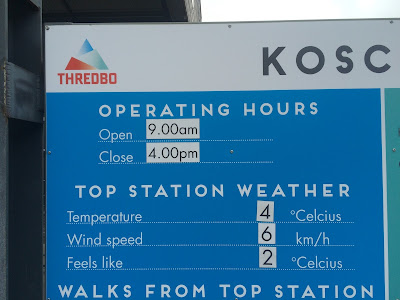 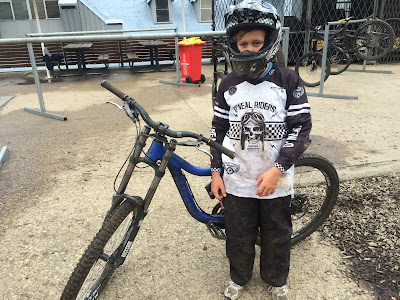 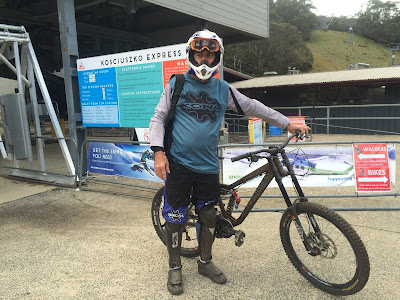 In the end it wasn’t that cold and from time to time we were encapsulated in the clouds which saturated us in a fine mist. 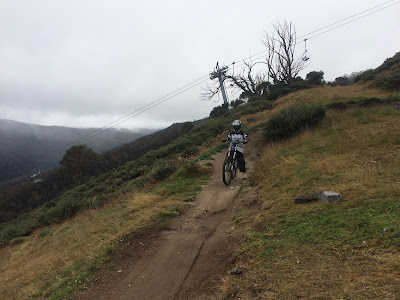 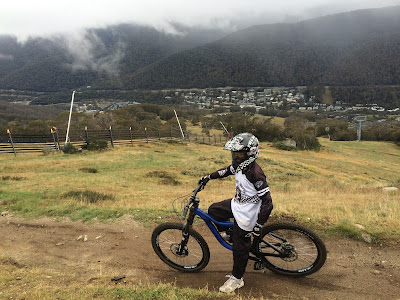 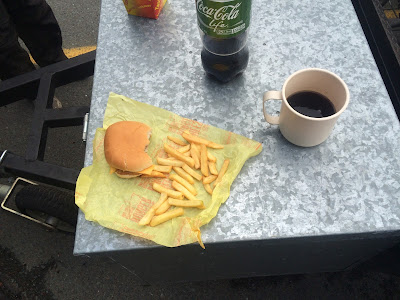 After lunch the sun came out and we set up the GoPro on the chest mount.
Every time I use the GoPro it involves a bit of experimenting to get the angles right and it always seems to be pointing at the ground. It is hard with the chest mount to get the aim right particularly since your body position changes when you bend over etc if affects the view angle. The fish-eye lens also makes things look further away and if you are following someone riding a bike or skiing you have to be right on their back-side to get good video.

This one is an old Hero2 HD and takes video in 1080P at 30fps and 720P at 60fps so I’m not about to upgrade in a hurry. However, I was talking to some Thredbo locals in the pub last night and one mentioned that the Hero2 is fish-eye and the newer ones have a normal  lens that doesn’t cause that problem. I don’t really want to upgrade, notwithstanding Angus’ cheap $99 Jaycar GoPro copy gave up the ghost so he may inherit mine if I deem a better device is required for this type of filming. 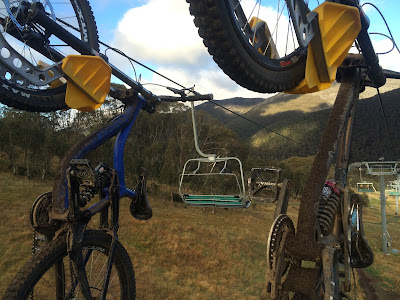 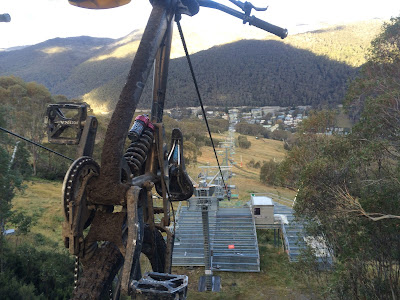