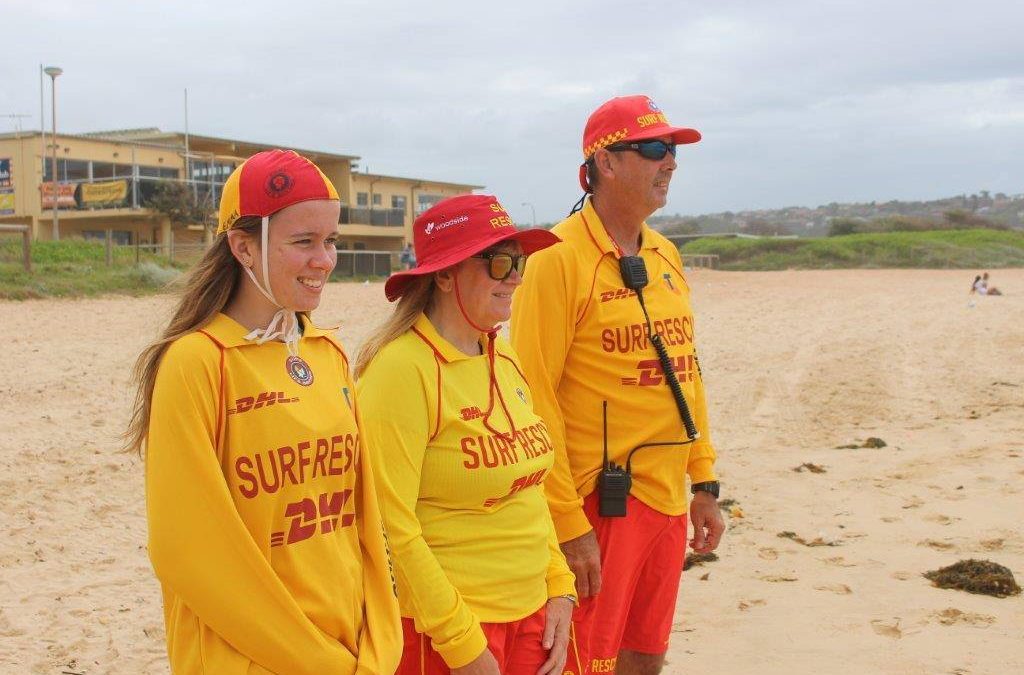 Photo Journalists are always looking for an angle, a bit of a spin to attract attention, someone different to the everyday person, the unique opportunity. Being out and about as Lifesavers we have been lucky to be in the right place at the right time a few times over the years and have ended up being involved in a couple of published articles.

The first was when we were invited by Surf Life Saving NSW to attend a day at Luna Park in Dec 2014 for volunteers, emergency services and armed forces members as a lead up to the park’s 80th anniversary.

We were milling around to get into the park and waiting for Rhyse and Tracey, it was pretty busy as apart from the attractions put on there was an episode of My Kitchen Rules being filmed.

We had to wear our Life Saving gear and I was in patrol uniform, Jenny was in her SLS Officials shirt and Angus was in his Nippers gear which attracted the eye of a photographer who approached us and asked if we would pose for some photos 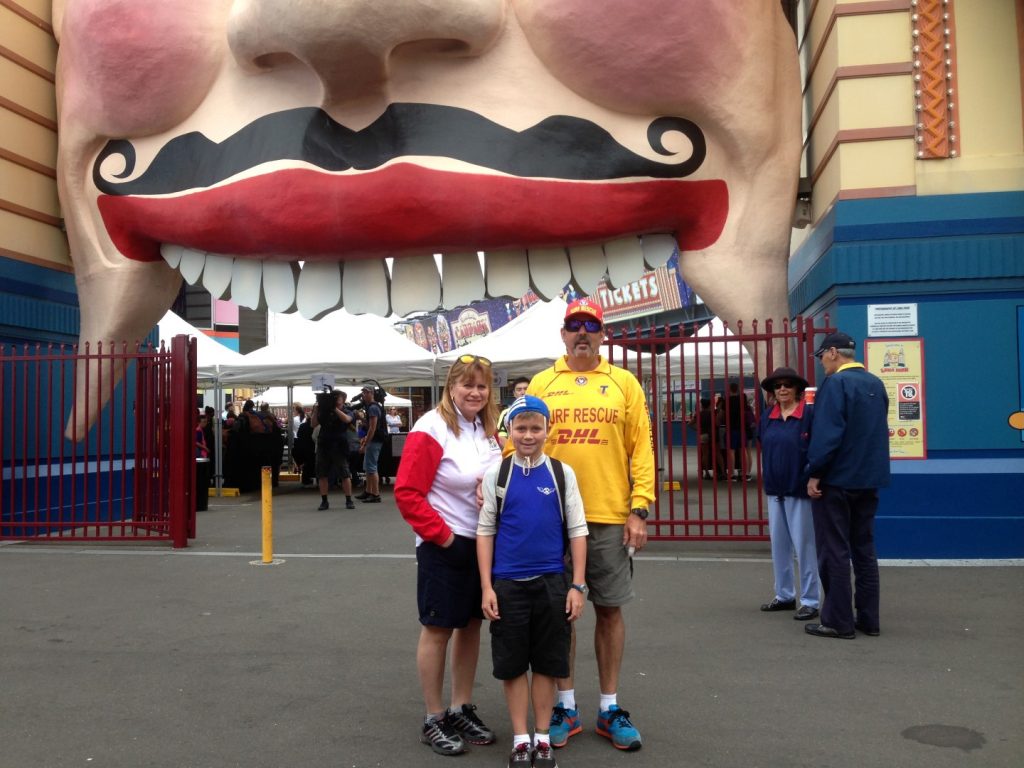 Whilst he was taking some shots he noticed the reflection of the Harbour Bridge in lens of my sunglasses and asked me to turn around, I thought “What is he doing I’m facing the wrong way” as he jostled me around to get the perfect position? Then it clicked. 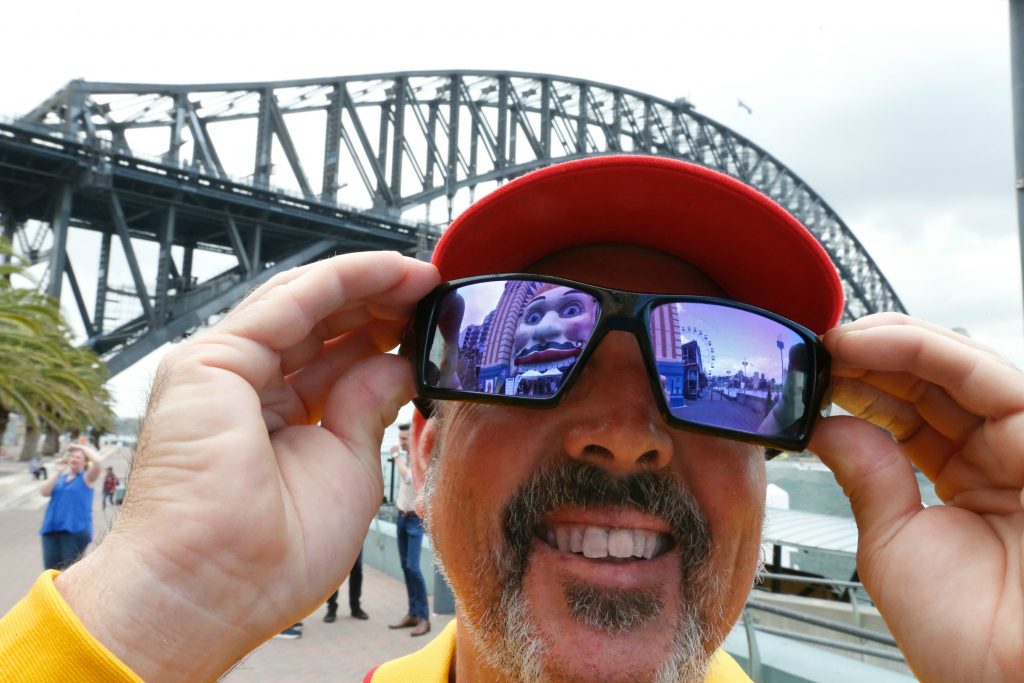 As part of the deal of being an “Instant Crowd” we were herded into an auditorium to listen to some speeches and then some performances before we were let loose on the park, some of the celebs were Alan Jones, Marcia Hines and Shannon Knowles 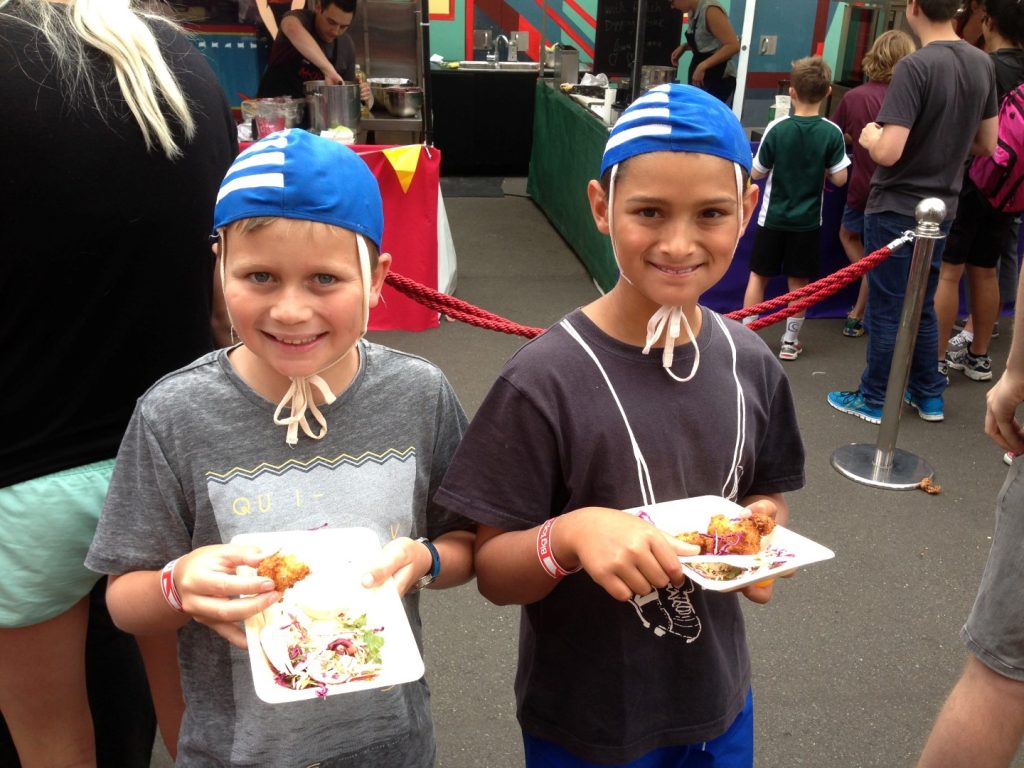 We got to try most of the food 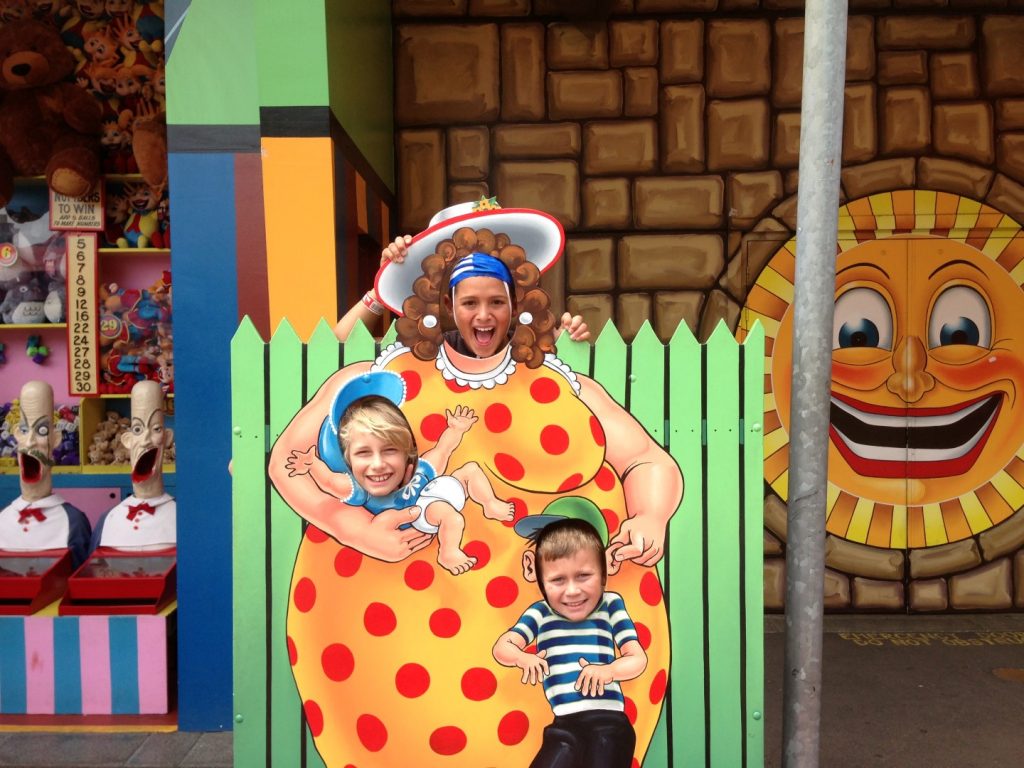 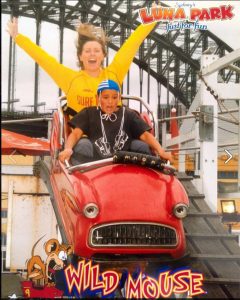 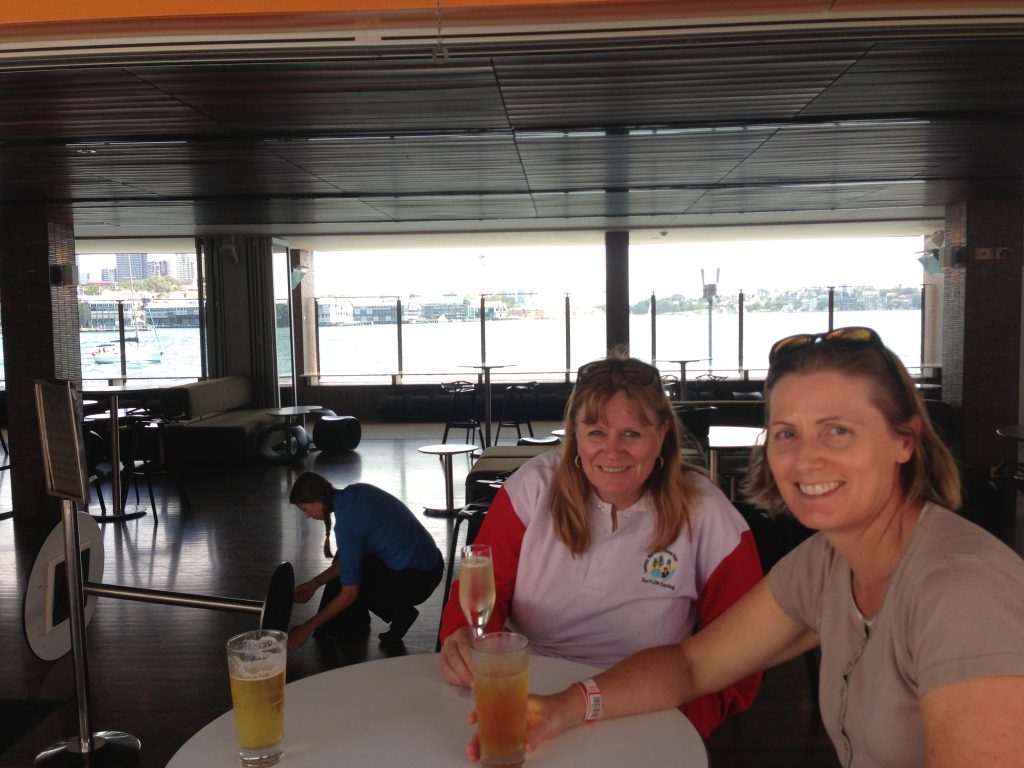 Another Time we were interviewed was when we were on patrol at the beach and someone from Surf Life Saving Sydney Northern Beaches was taking photos. They asked about us and some of the younger life savers and did the following reports 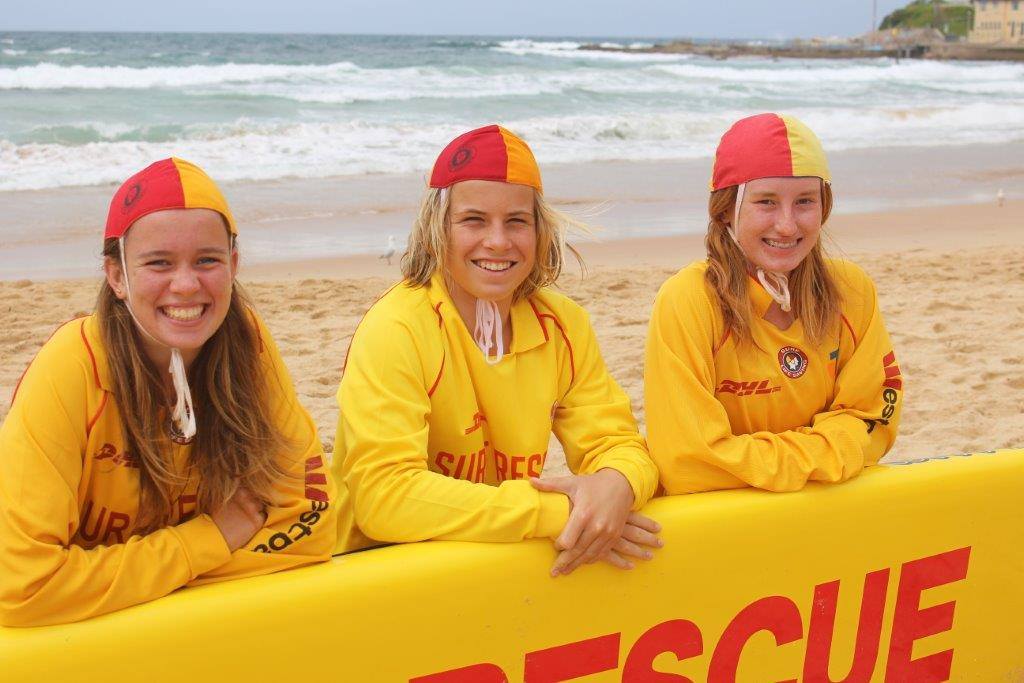 Charlotte Durban says she wanted to become a lifesaver so she could contribute to her local area.
And that’s Dee Why. Charlotte [right] says she’s always at the beach and what better way to give back to the community by joining a surf club and to help save lives.
Young Joseph Jelic also lives locally. “This is my second season doing patrols and I love it. I just love the surf and being involved in an organisation like this,” he said.
Emma Katen comes from out of area and actually travels from Northmead to do her patrols for the Dee Why Surf Club. ”I was involved in nippers for a long time but this is only my second seasons of doing patrols,” Emma said.
Picture: Emma, Joseph and Charlotte 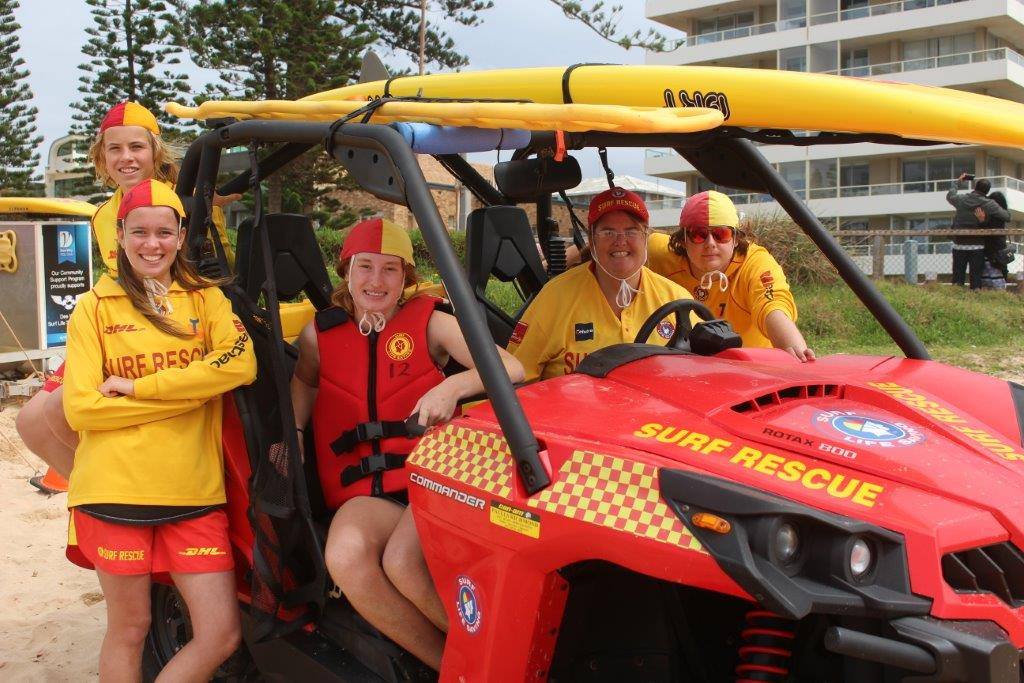 Rowena Clarke and Peter Firminger are the two mentors for Dee Why Surf Club’s youth patrol.
Patrol 4 was on duty yesterday [Sunday] morning but, such was the bleak weather, all was quiet in the surf.
”It’s predominantly kids between the ages of 14 and 21,” Rowena , one of the club’s vice captains, said yesterday.
”Pete and myself are the two mentors. Unfortunately, Pete has just broken his arm but he came down this morning to check on them.
”Pete is one of our eldest patrolling members and averages about 400 hours a season.”
Zach Dibben, who along with his girlfriend Jessica Cotterill, won the SNB Branch at SLSNSW Initiative of the Year Award for the ‘After Dark Program’ last season, was the Patrol Captain and also crew for the IRB yesterday.
Picture: Some of the Patrol 4 members – Joseph Jelic [left], Emma Katen, Charlotte Durban, Rowena Clarke [mentor] and Zach Dibben. 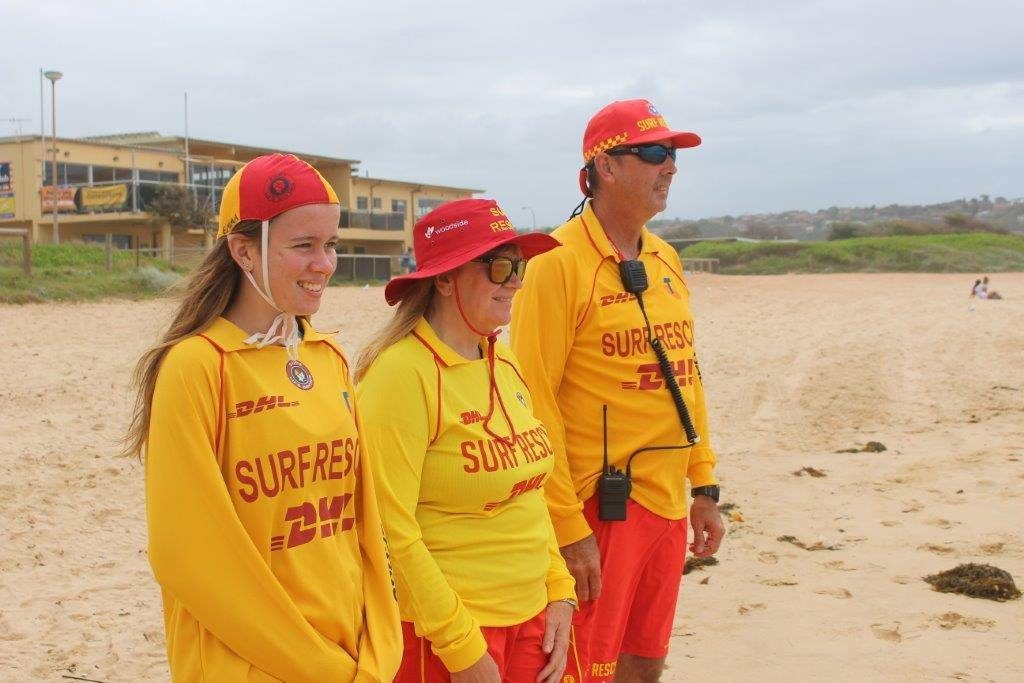 With her husband Craig Katen and daughter Emma doing patrols for Dee Why Surf Club, mum Jenny thought it was time to join them.
”I’d come to the beach and just sit around Jenny [Graves], ” said yesterday ”I did my First Aid yesterday and here I am today for First Aid [Sunday].”
This is Emma’s second season doing patrols. “I have been involved in nippers since I was six and I did my SRC last season,” Emma said.
Craig surfed at Dee Why for 35 years but only decided to become a lifesaver in more recent years.
Now he’s heavily involved with the club
Craig looks after the nipper boards as board steward for the club. ”I did my bronze so I could do patrols and help out. I am also a coach [nippers] and a committee member.”
And to think the family travels from Northmead
Picture: Emma, Jenny and Craig at Dee Why yesterday. 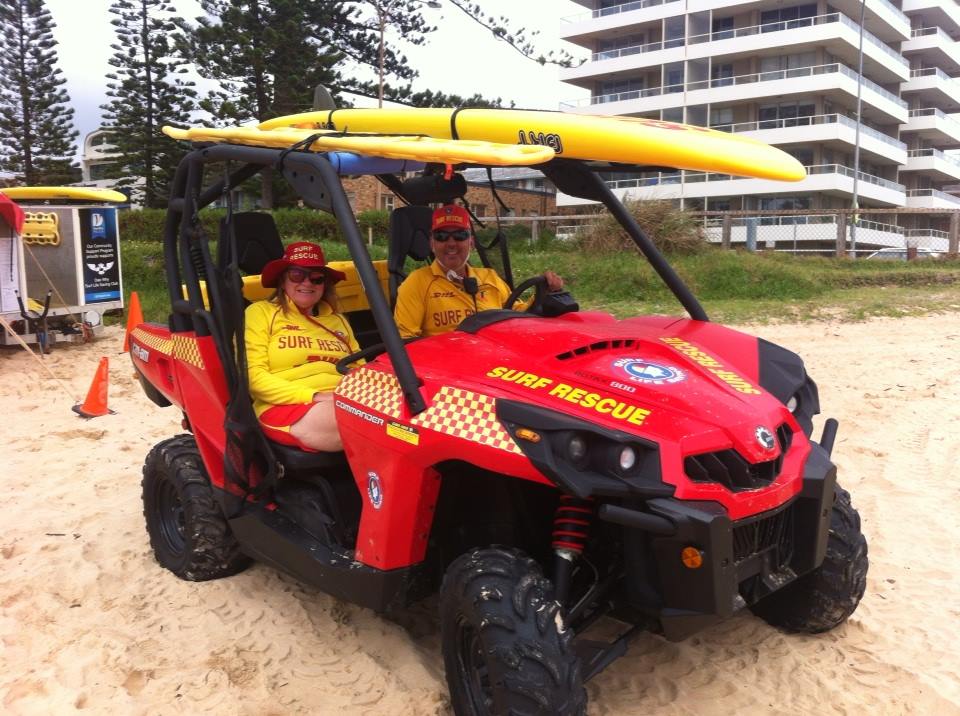 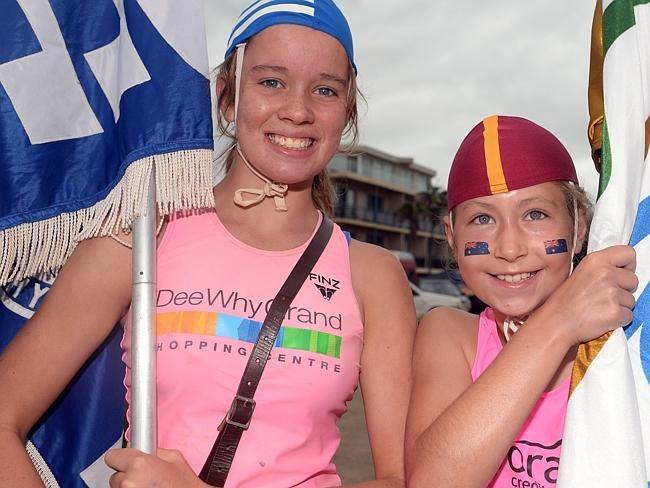